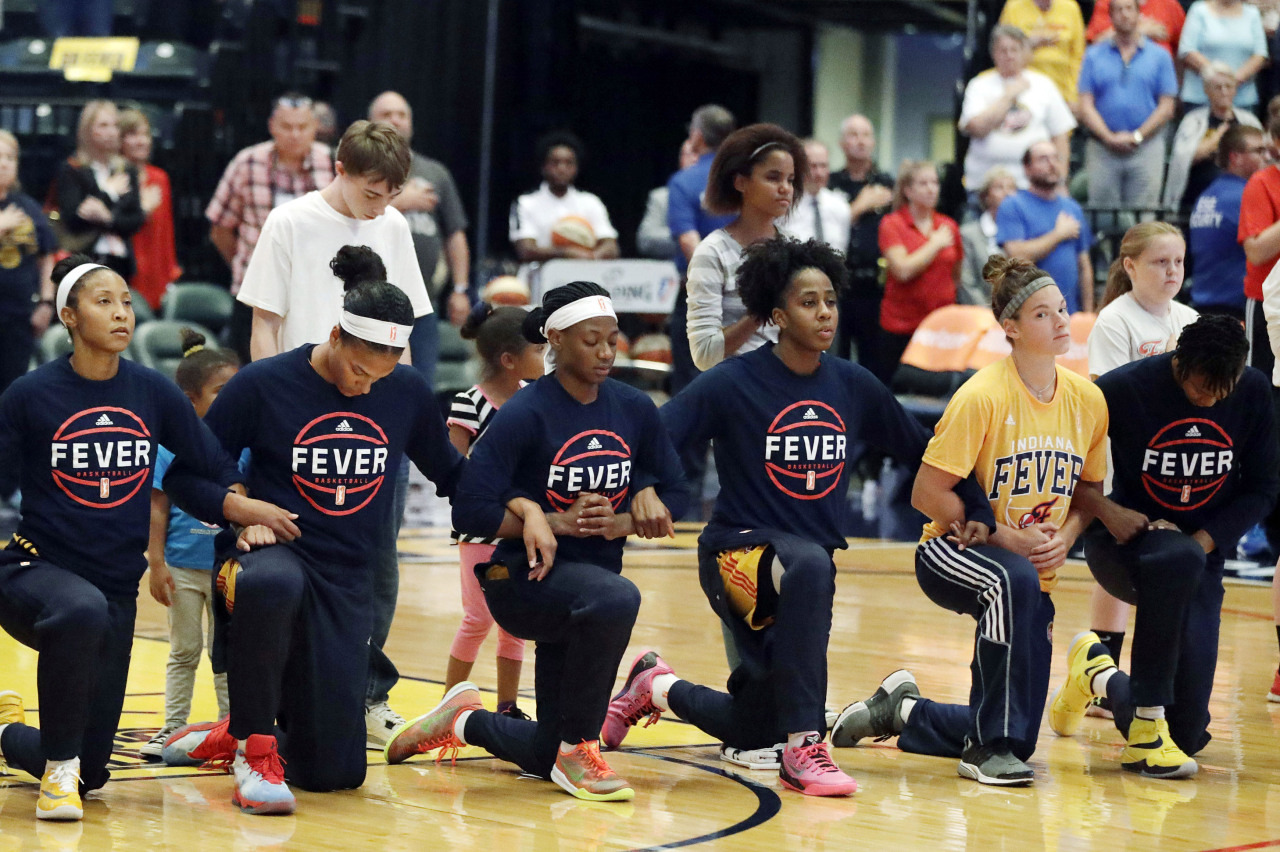 Unfortunately, WNBA’s new playoff format is the cause of another WNBA legend sent packing prematurely.

Before the 2016 WNBA season began, league officials have decided to a implicate a new rule which made things pretty interesting for the playoffs. The eight teams with the highest winning percentages regardless of conference qualified for the playoffs, increasing the number of rounds from three to four. The first and second round of the playoffs are single elimination. This can be a great thing for fans nationwide but unfortunately an future WNBA Hall Of Famer became the first victim of ending their farewell tour early. Last night, the #8 seeded Phoenix Mercury upsets the #5 seeded Indiana Fever by defeating with the score of 89-78. This eventful elimination started it off with a slam dunk when the entire Fever squad kneeled during the national anthem.

Future WNBA Hall Of Famer Tamika Catchings ended her amazing 15  year career with a stellar 13 points and 10 rebound performance. Catchings had tears flowing down fans and teammates face as she walked off the court with her head high and proud of leaving on the court. The former University of Tenneesee Lady Vol great finished her career as a 10x WNBA All Star, 5x WNBA Defensive Player Of The Year, a 3x Kim Perrot Sportsmanship Award winner along with being named to the WNBA All-Decade Team. Fans nationwide will appreciate the hardwork, grace and dedication Tamika carried out onto the court on a nightly basis.