Game Reveals His Latest Convo W/ 50 Cent, Won’t Rule Out G-Unit Reunion: “I Felt Good About It After That” [Video] 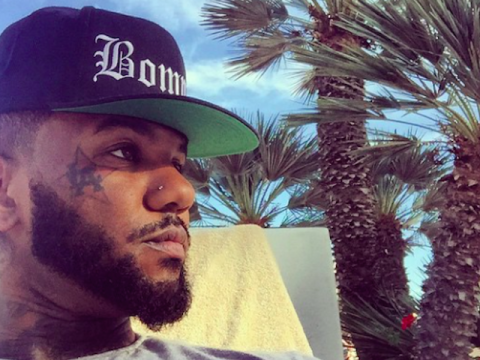 West Coast rapper Game has diehard fans pulling for his return to the mighty G-Unit. The Los Angeles hip-hop artist has dished on a recent conversation with one-time foe 50 Cent.

According to Game, he is back on good terms with Fif after a recent nightclub encounter.

“I chopped it up with 50 in LA and we had a conversation, like a month ago, for bout 10, 15 minutes and the crazy part about it is, I don’t know if it’s us getting older or whatever it was, we couldn’t even really remember what happened. He was like, ‘I don’t know what happened,’ and I was like, ‘I don’t either.’ So we dapped it up and took a shot and went our separate ways. Not necessarily saying that’s going to mean it’s a G-Unit reunion or Game and 50 are about to be buddy-buddy or do songs but we chopped it up in a good light and I felt good about it after that.” (Hot 97)

In May, the California hip-hop artist downplayed the idea of returning to G-Unit.

“Yeah, I don’t know where that came from, man, but I can’t see that happening no time in the near future,” Game said in an interview. “But uh, he’s doing his thing, man, I’m doing my thing and Banks, Buck, Yayo, they all doing their thing. Everybody is just doing their thing.” (HHDX)

Back in March, buzz about Game and 50 Cent in the same club flooded social media.

It started out rocky … Game couldn’t get into Playhouse in Hollywood, though it’s unclear why. Eventually he got in and racked up a $7,800 bill. Although 50 was inside the club, we don’t know if the 2 interacted, but the promoter says Game called and said he wanted to come after learning 50 would be there. (TMZ)

A few months ago, details of the unexpected gathering bubbled across social media.

50 Cent & The Game were in the same club tonight at PlayHouse Hollywood. Before Game came to the club, his manager Wack 100 came to talk to 50 telling 50 that they’re cool. The Game ordered 30 bottles of 50’s #effenvodka but neither 50 or Game approached each other. (Forbez DVD)

The post Game Reveals His Latest Convo W/ 50 Cent, Won’t Rule Out G-Unit Reunion: “I Felt Good About It After That” [Video] appeared first on SOHH.com.

Game Reveals His Latest Convo W/ 50 Cent, Won’t Rule Out G-Unit Reunion: “I Felt Good About It After That” [Video] : SOHH