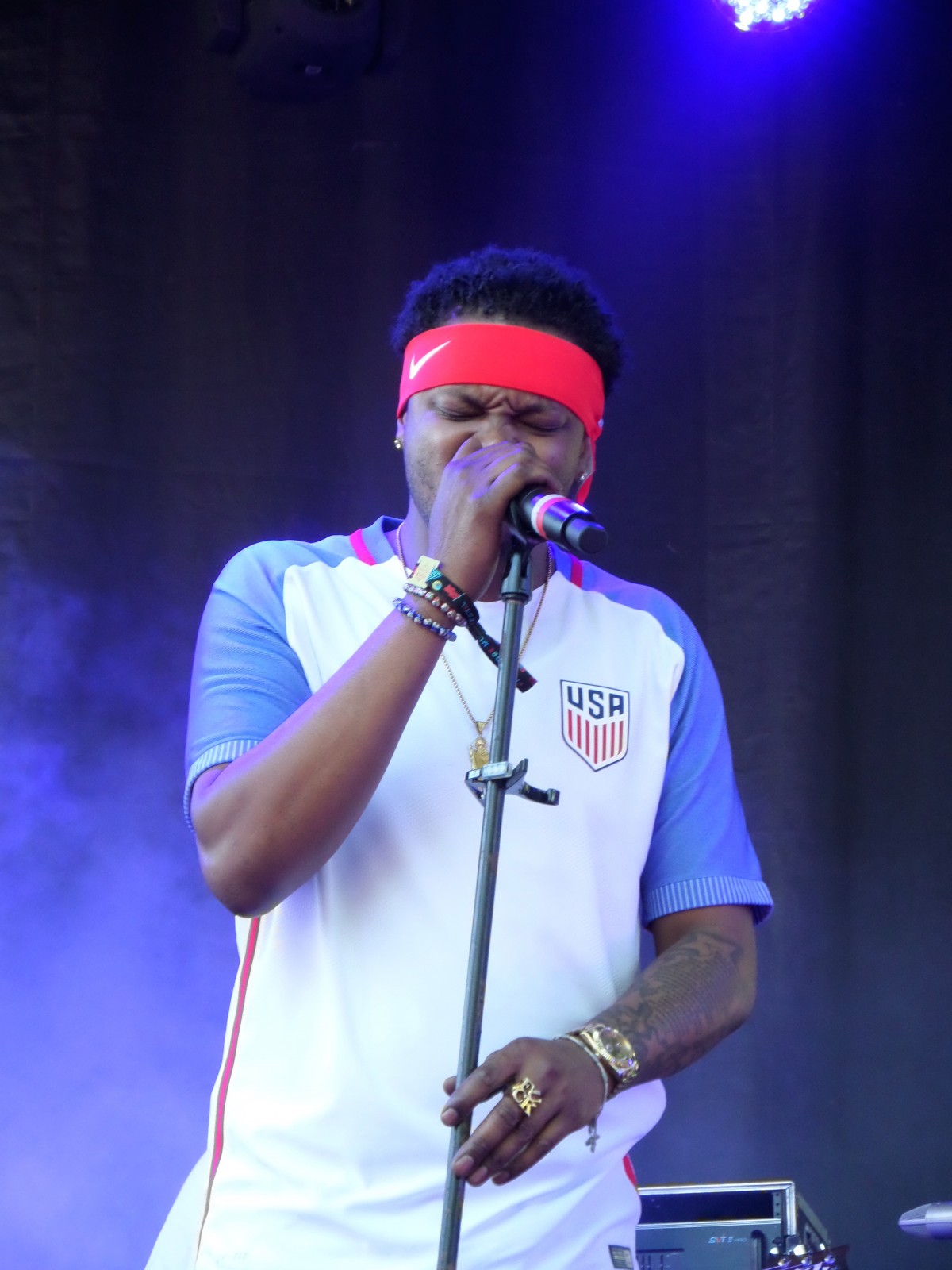 Okay I must confess, I never seen BJ The Chicago Kid┬álive but with the second day of Pitchfork coming to a fast start I knew I had to come through. Making my way to the Blue Stage I was surprised (but also not really) to see a drum set on the stage and a huge crowd already lined up. As I nearly got my baby toe broken trying to catch a glimpse of this all star kid, I was totally caught off guard that he used the drum during his set. Which by the way had little to do with any of his songs. Much like the progression of the drum, BJ’s set was fast and showcased snippets of his popular works such as “Like Me” and only slowed his momentum when he performed “Church”. Regardless of the artist’s pace, his voice was memorable and reminded all fans, industry members, your baby mamas, and whoever why he is rising the ranks in R&B and hip hop.

Posted up with a five piece band, ANDERSON .Paak ┬áshows us how versatile he is in both the music world and the bedroom. In an hour’s time, he leads the audience through an arrangement of vibes.From discussing his playful youth, days banging chicks, and struggles of coming up in the music world, his colorful energy and rhythmic story lets everyone knows why ANDERSON .Paak is about to run shit.┬áIt’s hard to pinpoint which was my favorite part of his set because he conveys his music so naturally. Between songs he jabs his band members and prances around from speaker to speaker, almost taking no notice that he is performing in front of hundreds of fans. That for me is admirable and something I fuck with hard. His natural ability to draw in his fans and still deliver while running around from band mate to band mate and instrument to instrument is a talent all on its own. And guess what? He is still having fun.