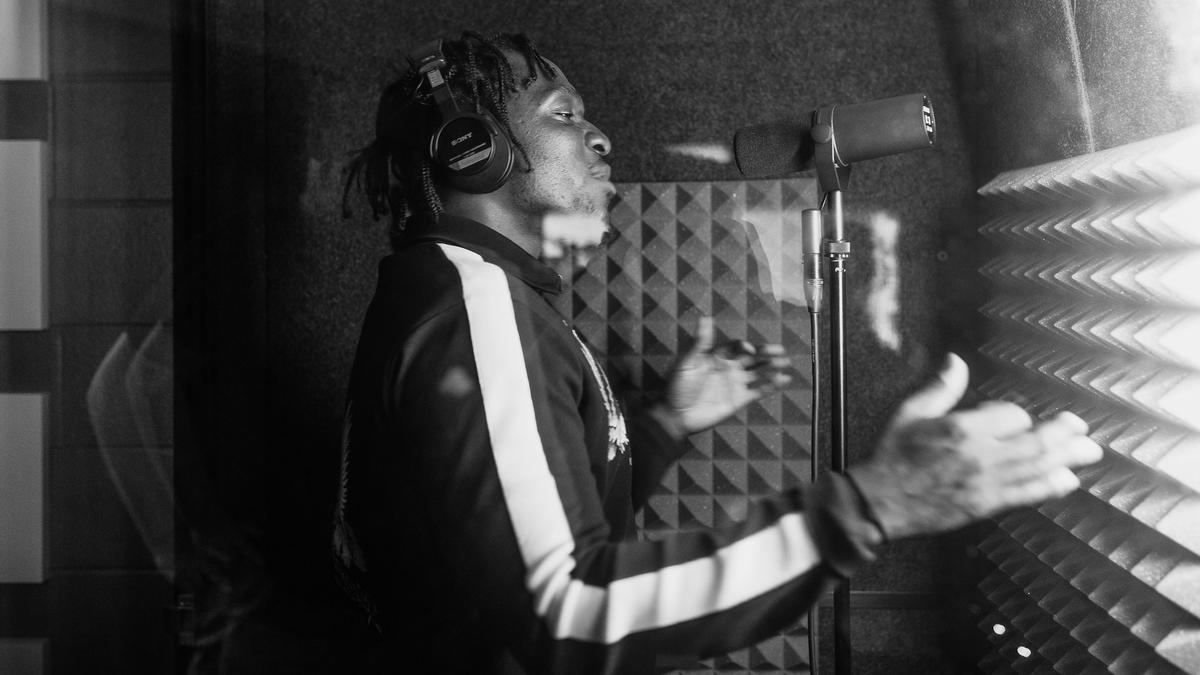 Gotta love stories of artists paying it forward and this new example is of Pusha T, in collaboration with adidas, mentoring music students of under-funded Chicago public schools and cultivating their creativity with the insight and equipment to really do so. Imagine if you had that in school growing up?!

Here’s the full story, and snippet, via i-D Mag.

“Of course the media sensationalizes and puts a negative spin on things, but the worst of the worst that you hear in the news is true — shootings, danger, gang activity, drugs,” explains Curie’s Assistant Principal Christopher Graves. “Does every student in our school experience that? No. But we know those who do really carry that emotional baggage. We’re thankful to provide everything that we do in the school, but we understand the realities.” One major way Curie supports its students through creative programming. “We’re trying to build an environment that’s hyperfocused on preparing students for college and careers in the arts,” says Graves. “Whether they live on the North Side or in any type of neighborhood — on any side of the spectrum — we want them to think of Curie as that creative hub.”

It’s an ambition well suited to Chicago, a city with rich jazz, blues, and soul roots. Some of today’s most forward-thinking hip-hop artists hail from the South Side: Chance the Rapper, Vic Mensa, Common, and Kanye West among them. Star potential abounds at Curie, too. One of the school’s choral ensembles, Musicality, made it to the semifinals on this season of America’s Got Talent. Yet severe budget cuts to arts programs has made nourishing this wealth of talent a challenge for Curie’s staff and faculty, including Michael Gibson, Musicality’s director. “It’s harder to get instruments, it’s harder to keep pianos tuned. Chicago Public School system cuts present all of these challenges to us,” he says (faced with a lack of practice space, Musicality conducted its daily rehearsals under a stairwell). In response to under-funding, Curie’s impassioned arts faculty has gotten creative about obtaining resources. They’ve established partnerships with cultural institutions across Chicago, including the Museum of Contemporary Arts and Hubbard Street Dance. This drive to invest in the talented youth of tomorrow made Curie a perfect candidate for Sound Labs’ support.

Through the Sound Labs program, fully functional studios — including professional-grade recording and mixing equipment — are installed in public schools that lack proper funding for music departments. Through maintenance of a 2.5 GPA, up to 50 students per academic year gain access to these invaluable resources through an after-school initiative. Like traditional music classes, Sound Labs encourages a culture of self-expression and innovation; but by providing access to such cutting-edge technologies, the program equips students with invaluable real-world audio engineering skills and training.

The inaugural Sound Lab launched last year at Detroit’s Cass Technical High School under the guidance of hometown hero Big Sean. It was met with such enthusiasm (participating Cass students are soon to release their debut album, Infinite Possibilities, on SoundCloud), adidas Originals has expanded the initiative into three cities across the country. In addition to Curie, a new studio is being installed in New York, with more slated to open in 2017. To oversee this growth, adidas enlisted Pusha as Sound Labs’ mentor. As the recently minted President of G.O.O.D Music, he’s in constant communication with creatives across the music industry. But long before he took on the executive role, he rose to the national stage as a sharp-witted lyricist backed by his own tight-knit collaborative community. Push and his older brother Gene (aka Malice) ruled the game as dastardly lyrical duo The Clipse; their earliest sinister street sounds were concocted by childhood pals — Pharrell Williams and Chad Hugo of production masterminds The Neptunes — back in Virginia Beach, a region that Timbaland and Missy Elliott also call home.

“I think the kids of my era were dreamers, huge dreamers. But people in my community never really looked at our success like, ‘we have to cultivate this and push it forward.’ It was more like, ‘these guys are just great,’ and it stopped there,” Push tells me when he arrives in Chicago to meet Curie students face-to-face. “Looking back on it now, I would have thought the community or local government would see people who changed music like Timbaland or The Neptunes and say, ‘This is something we should invest in and help grow.’” Before they’d achieved such success, Push and his peers struggled to get their schools, communities, and families to take their musical ambitions seriously at all. To administrators, kids congregating in the cafeteria to swap rap verses were at best a nuisance, at worst a threat. “We borrowed or rented keyboards and set them up in the house. We skipped school so we could work, because when our parents got home, we had to get out with that noise. Can you imagine if we had a studio to work out of?” Push asks.