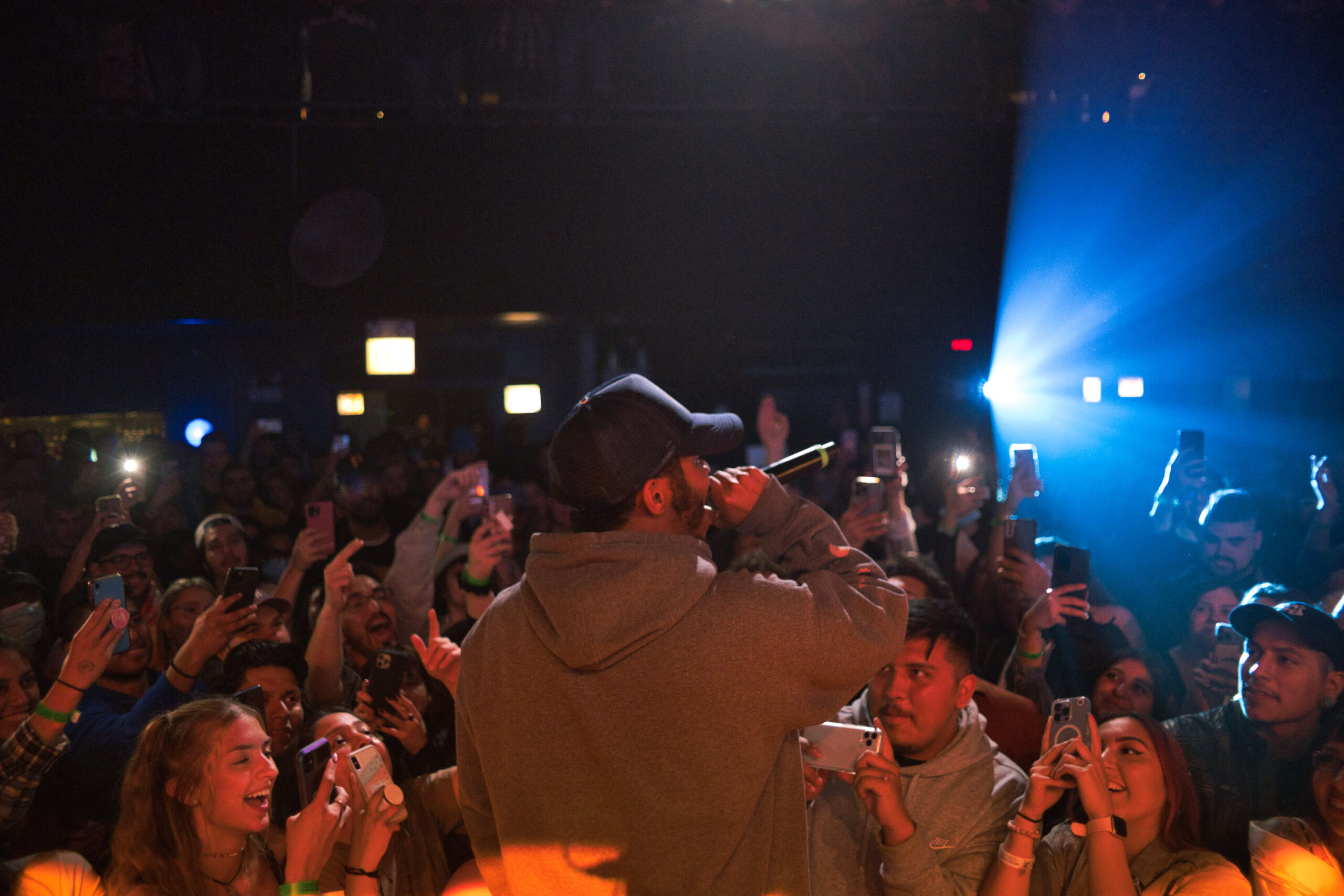 By the time Kota the Friend took the stage before 1,200 spirited Chicago Flight Night fans at the Metro, the sentiments of the evening were already clear.  This was a setting of respect.  Of intimacy. A true celebration of the unique qualities that make Chicago one of the premier music cities in the United States.

Prior to Kota’s set, six of Chicago’s most promising independent artists displayed their talents before friends, family, and some of the city’s most prominent industry figures. Each one embraced the challenge, showing poise and promise on the hallowed stage.  The crowd was engaged early, showing great support to each act.  The climax was a breathtaking, poignant performance by Flight Night’s mastermind Kota the Friend. 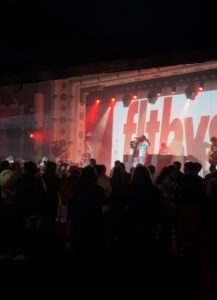 Brandon Ross was the first performer to take the mic, and was met by a timely crowd, eager to celebrate some of the cities finest local hip-hop.  Ross’s stage presence and high energy were highlighted by his choice to perform with live instrumentation.  He was accompanied by local Chicago musicians Stewart Arp (Guitar), Henry Arp (Bass) and Anthony Hish (drums).  Ross made the most of his 15 minutes, drawing on his great experience as an opening act to connect with fans through up-tempo delivery, setting the bar high for each act that followed. 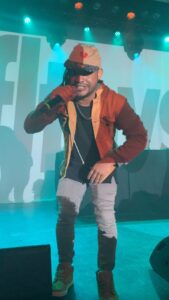 We had a chance to catch up with Kuhlahbee before he took the stage – “I couldn’t sleep at all last night man, I’ve been so ready for this moment,” he said, admitting he was a little nervous, but mostly enthusiastic about taking the stage.  It was no surprise to us that so many Kuhlahbee fans were in attendance.  The man has loyal followers, and they showed out in great force.  They were rewarded with a great set, as the Lansing, Michigan native demonstrated his laid-back delivery, propensity for great hooks, and infectiously positive stage presence.

Due to unforeseen circumstances, Gatson was unable to perform at Chicago Flight Night.  While he was obviously disappointed, the future is so bright for this budding Chicago star.  Please show Gatson and his music some love.  His track Running was recently added to Kota the Friend’s Spotify Playlist Breath of Fresh EARS. 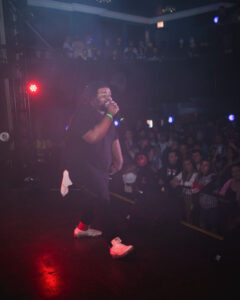 Perhaps no one brought bigger sound to the stage than Westside Chicago’s Daylight Tone.  Backed by the immense energy of his beats and taking a party-like mentality to the stage, Tone commanded the Chicago crowd, drawing on their energy.  The crowd especially responded to Daylight Tone’s hit single A Million Degrees; you could hear the bumping 808s and wails of the jazz trumpet sample all the way from North Clark Street. 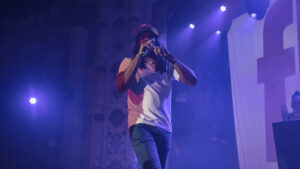 One of the most humble, kind, and appreciative artists you’d ever have the chance to meet, Joel Q connected directly with the Chicago crowd through his thoughtful lyricism, dope flow, and obvious love for his city.  When asked about the moment before the show, Q said, “This still feels like a dream man, I am so damn grateful for this opportunity.”  Donning a red Chicago White Sox fitted, Joel Q had the crowd rocking, utilizing every corner of the stage to connect with fans new and old.  Q stayed around long after his set, giving away free merch and interacting with new fans. 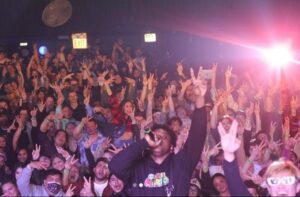 Fresh off a collaboration track with Kota himself, King Trey literally had the crowd bouncing at several points during his set.  The moment was not too big for Flight Night’s youngest performer, and he took to Instagram to share some moving thoughts on his appearance at Flight Night. “When @chancetherapper did Acid Rap at The Metro I was 13 years old.  I begged my mom to let me go with some friends, but she said I was too young.  I was so happy when the recap went live on YouTube…It just always made me feel like anything was possible…I’d like to think had he been there he’d be proud.  I know the 13-year-old me would be.  Love you Chicago.  Thank you, God.  Anything is possible.”  After a stunning performance on Friday night, King Trey is poised to prove firsthand that in fact, anything is possible. 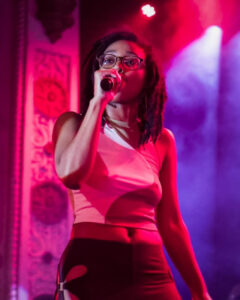 Brittney Carter won over the crowd quickly, with her combination of jazz-based instrumentation and poetic bars.  She looked right at home on stage, seemingly connecting with every member of the sold-out crowd with her eyes. Distinctive vocals, and vivid storytelling made Carter’s performance intimate and warm.  When we caught up with Carter, she told us how Flight Night was truly the best kind of homecoming. “One of my first times performing was at the Metro, and honestly, I didn’t really know what I was doing. It’s really a full-circle moment.” Brittney Carter’s performance was spectacular, and certainly caught the Chicago crowd’s attention for what was to come next. 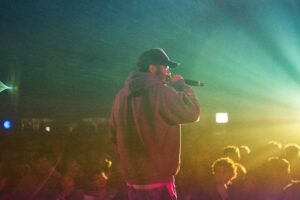 Fltbys DJ e madonna got the crowd hype with his unique spin on some classic Chicago hits.  And then, he welcomed Kota to the stage.  Kota opened with 2021 single ’96 Bulls, and the Metro was feeling it, literally rocking to the boom-bap drums and bouncy melodies.  The sound quality, energy, and Kota’s enthusiasm were all contagious, and the crowd was swept away on what Kota referred to as a “trip around the world.”

In between stops in “Long Beach”, “Hollywood”, “Colorado”, and “Sedona”, Kota gave Chicago fans a couple of firsts.  Kota let the crowd know that it was the first time he had performed Summerhouse live.  The next surprise came when he performed a snippet of an unreleased track.  The fans were ravenous, devouring every word from Kota, and one of the highlights had to be 2021 single Grateful.  Once again, Kota the Friend capped off another incredible Flight Night in Chicago with a huge exclamation point.

Stay tuned as Today’s Hip-Hop will provide exclusive coverage for upcoming stops on the Flight Night festival circuit.  This will include the July 22nd homecoming at Sony Music Hall in NYC. Tickets are available, but going fast.