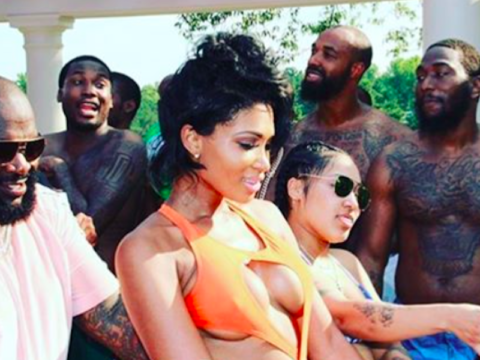 A new steamy pic has surfaced of Ricky Rozay getting uber sensual with the sudden MMG affiliate.

Last week, Ross posted up an Instagram pic of himself and the curvy vixen.

Briteady seemingly confirmed the romance rumor by posting up the same pic.

The beautiful model is expected to appear in the upcoming All Eyez On Me Tupac Shakur biopic.

The post Rick Ross Gets Kinky, Licks Down Bae In New Steamy Pic appeared first on For The Best In Hip-Hop News – SOHH.com.