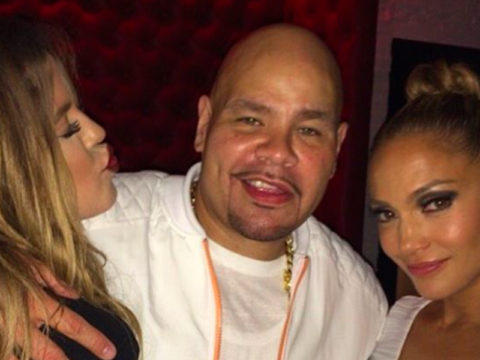 Joey Crack went to Twitter Wednesday (July 13) and questioned Sanders’ all of a sudden co-sign of Hillary Clinton in her bid for the presidency.

Last week, Top Dawg Entertainment’s ScHoolboy Q said he did not care about who wins the 2016 presidential election.

ÔÇ£F*ck no. For what? ThatÔÇÖs yÔÇÖall job. YÔÇÖall care about it. I donÔÇÖt care about it. That’s y’all job. I donÔÇÖt have an opinion on it. I worry about my daughter and me being her president. I gotta take care of her – this is who I am. If you don’t like it, whatever, I accept myself. I’m worried about my family, man, and my people around me.” (Hot 97)

“It is very, very scary. I have faith in America that they wonÔÇÖt put him in office. ThereÔÇÖs a lot of people that love him, though. I feel like if our country can vote for President Obama twice, they know better than to vote for Trump. I have faith in my country. The scary part about that is I fear there will be riots if Trump got elected, and thatÔÇÖs scary. I feel there would be massive riots all over because people would not know how to deal with it.” (The Daily Beast)

A few weeks ago rap star T.I. let loose on his Trump frustrations.

The post Fat Joe Reveals What Big Issue He Has W/ Bernie Sanders Co-Signing Hillary Clinton appeared first on For The Best In Hip-Hop News – SOHH.com.