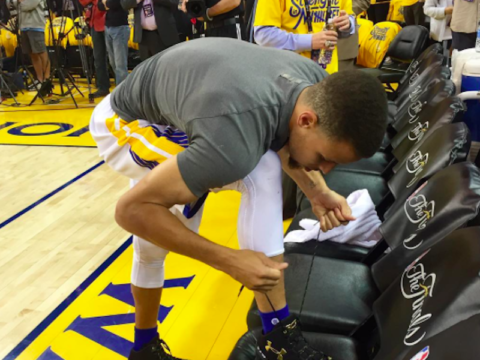 The Warriors organization also issued a statement on Thurmond’s death.

Considered one of the best centers to ever play the game of basketball, Thurmond was inducted into the Naismith Memorial Basketball Hall of Fame in 1985. A seven-time NBA All-Star, he earned NBA All-Defensive First or Second Team accolades five times. His Warriors jersey #42 was retired on March 8, 1978, one of six players to have his number retired by the Warriors along with Alvin Attles (#16), Rick Barry (#24), Wilt Chamberlain (#13), Tom Meschery (#14) and Chris Mullin (#17). (Statement)

This weekend, Thurmond’s life came to an unexpected end after a battle with medical complications.

Golden State Warriors legend Nathaniel Thurmond has died at the age of 74 after a short battle with leukemia. The Hall of Famer was known fondly by fans as “Nate the Great.” Thurmond was voted one of the 50 Greatest Players in NBA history and was a member of the Warriors organization for more than four decades as both a player and a community relations ambassador. (ABC 7)