The Game & Snoop Dogg Call For All Gang Members To Unite 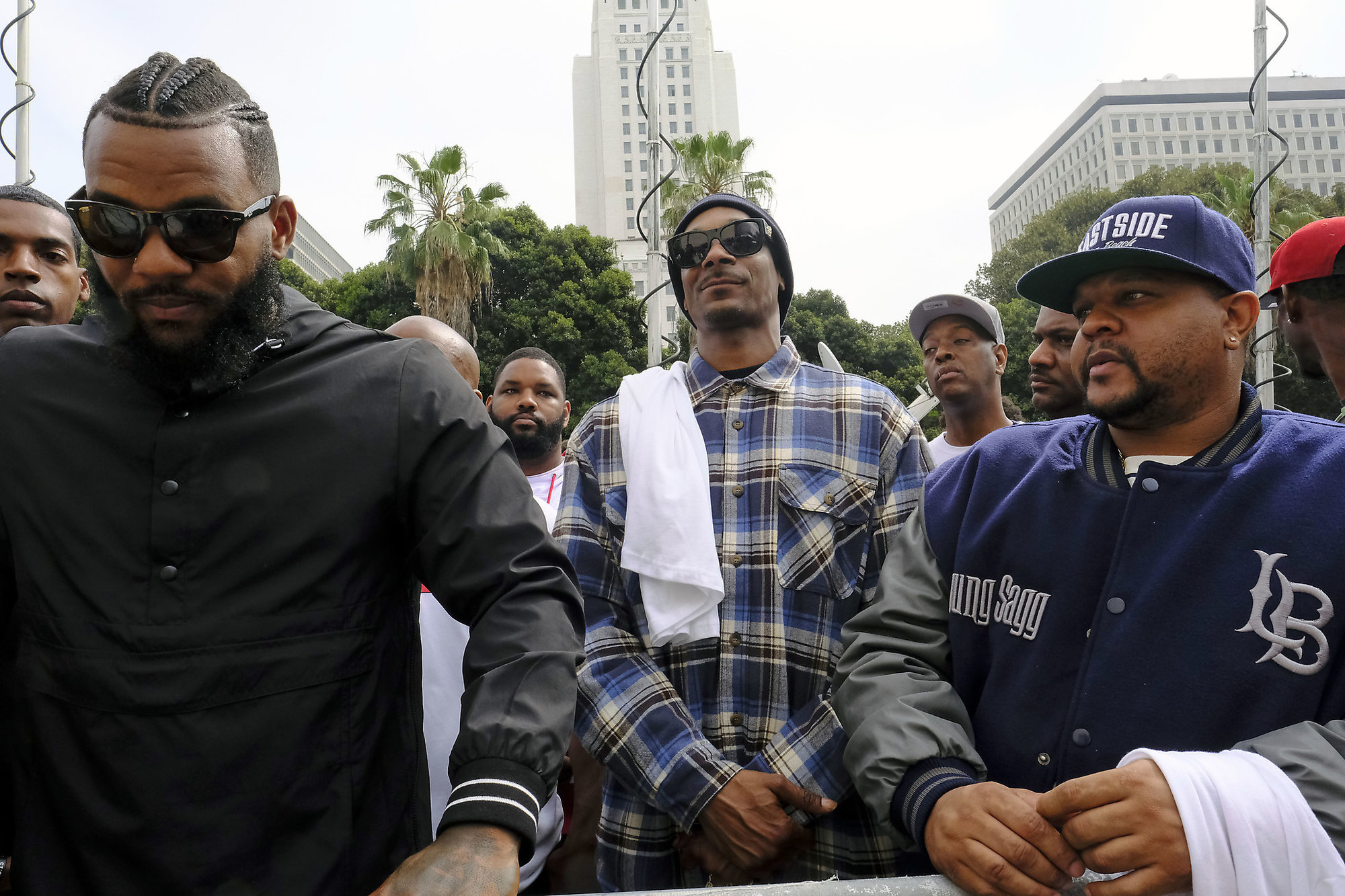 ┬áIn Los Angeles, CA,┬áThe Game along with Minister Louis Farrakhan and Snoop Dogg are calling for all gang members to meet them to have an in depth meeting about the way the streets have been over run with violence.

The Game, who is affliated with the Bloods, uniting with Snoop Dogg, who has been a known Crips gang member since the early 90’s. The Game urges in his post that every single known gang, even the ones that arent to come out and unite so everyone’s voices can be heard.

ÔÇ£To have the much needed conversation amongst ourselves, about our influence on the youth in our respective neighborhoods & how we can serve as better role models to them & the brothers we stand beside daily.ÔÇØ

implies that every single US citizen should be aware of whats going on, and some how deal with our problems internally, meaning without the help of the judicial system.

The Game implies that every single US citizen should be aware of whats going on, and some how deal with our problems internally, meaning without the help of the judicial system.

ÔÇ£The sad truth that no one wants to face is, before we can get OUR LIVES TO MATTER to anyone elseÔÇª ÔÇØ he says. ÔÇ£We have to show that OUR LIVES MATTER to US !!!! WE have been responsible for more of the KILLING of ourselves than anyone else by a long shot & the percentages in which BLACK on BLACK, BLACK on BROWN, BROWN on BLACK, BROWN on BROWN murders are so fucking high verses any other killing of us that it is disgusting & this needs to be addressed & laid to rest !!!!! DonÔÇÖt think we canÔÇÖt change it & better ourselves, lead by example & make our city a safer place for our children.ÔÇØ

In his message The Game┬áalso made it very clear, for whom ever decides to show up to the venue looking for trouble, they will be dealt with accordingly. He also asked for all illegal drugs and weapons to please be left at home.