This Kanye West Pic Just Turned Into An iPhone Must-Have 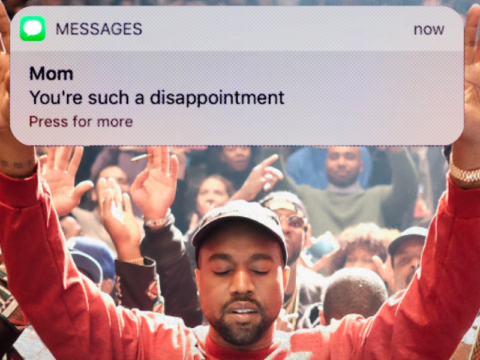 Grammy-winning rapper Kanye West is a marketing genius and he might not even know it. A recent picture of the G.O.O.D. Music boss is now being totted around as a must-use for all iPhones.

A pic from Kanye’s Yeezy Season 3 is now a go-to add-on for iPhone screens.

What you put on the lock screen of your phone isn’t something you’ve probably spent too much time pondering. Maybe you went to the trouble of choosing a cute pic of your cat, but mostly it’s a utilitarian space where you check the time and receive an unending stream of notifications. But that all changes right now. Thanks to the ingenuity of one clever Texan, Kanye West is going to transform your lock screen experience forever. (Vocativ)

The post This Kanye West Pic Just Turned Into An iPhone Must-Have appeared first on SOHH.com.