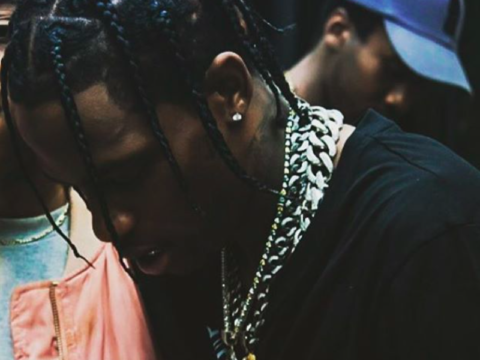 G.O.O.D. Music affiliate Travis Scott is currently on the road to recovery. The chart-topping rapper received medical treatment this past weekend.

Yesterday (September 18), Scott’s manager David Stromberg revealed he had to get hospitalized for dehydration.

Stromberg posted a photo of Scott asleep in a hospital bed, accompanied only by the caption: “sunday.” When fans expressed concern about the MC’s condition, Stromberg replied in the comments: “he’s fine. he was just dehydrated.” (Billboard)

“Dude, yes,” Scott said when asked if Kanye had called him. “I have a remix coming out soon. Whoa, if I motherf*cking told you that I would have to fly away. Whoa. Just tune into Beats 1 Radio – we got a remix coming soon. It’s a [remix] joint off this album coming soon.” (Apple Music)

Recently, Scott flooded his Instagram page with priceless reactions to his new Birds In The Trap Sing McKnight album toppling the sales charts.

Travis Scott has signed a worldwide deal with Grand Hustle Publishing/Universal Music Publishing Group, UMPG chairman and CEO Jody Gerson has announced. Scott’s entire catalogue will be represented, including Birds in the Trap Sing McKnight, which holds the top spot on this week’s Billboard 200 chart. “I’ve been chasing Travis Scott for years. His talent and ambitions are limitless. He’s a rock star, as well as being a brilliant writer/producer,” Gerson says. (Billboard Biz)