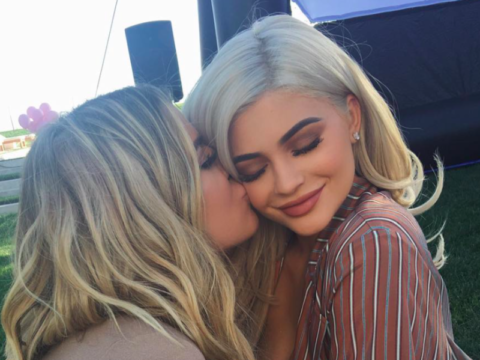 Reality TV star Kylie Jenner is going to have all eyes on her pretty soon. The 20-year-old diva is reportedly set to speak to a legal firm alongside boyfriend Tyga to discuss his finances.

According to reports, the celebrity duo are set to meet with a celebrity jeweler’s legal team to find out what high-priced gifts Tyga’s bought her in the past.

According to docs obtained by TMZ … Kylie’s agreed to answer questions about her bf’s finances. As we’ve reported … celeb jeweler, Jason of Beverly Hills, is going after him for a $200k debt — and this is the next step. Since Tyga has a history of buying Kylie big ticket items, like a brand new Maybach, we’re told the jeweler’s law firm — Abir, Cohen, Treyzon, and Salo — wants to know everything he’s gifted her. The lawyers are set to privately meet with Kylie and Tyga within the next couple weeks. If they no-show, Jason’s legal team says they’ll push to have them arrested. (TMZ)

Earlier this month, Kylie flooded her Instagram pages with coupled of shots alongside Tyga.

Kylie also tossed up footage on Snapchat of Tyga on his boyfriend duties.

A few weeks ago, Jenner hinted at an upcoming engagement going down with the G.O.O.D. Music rapper.