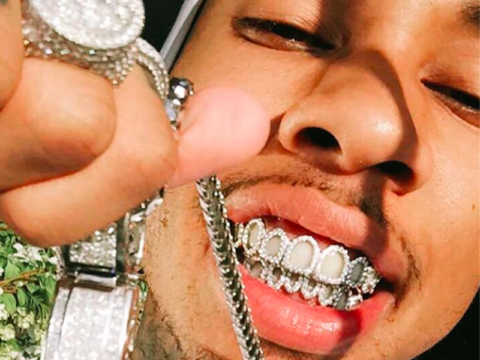 According to reports, Tyga’s mom could lose her whip due to late payments from the hitmaker.

A woman in Orange County has filed docs against the rapper claiming she acted as a middleman on a Range Rover lease for Tyga’s mom. The woman says Tyga started missing payments on the whip … and she’s ready to report it stolen if he doesn’t buck up. The Range is far from standard — it’s a loaded Evoque, with a sticker price around $60k. We’re told Tyga’s payments come in at about $1k a month … when he makes ’em, that is. (TMZ)

Outside of the legal woes, Hollywood actor Jamie Foxx recently showed off his love for Tyga’s new “Gucci Snakes” single.