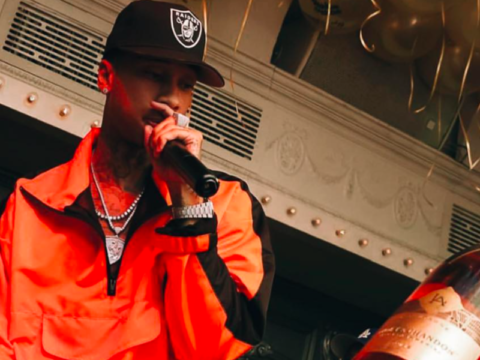 G.O.O.D. Music‘s Tyga and Desiigner have turned the Big Apple into New Rack City. The pair of Kanye West protégés have social media buzzing after bringing stacks of cash to a Gucci store this weekend.

Tyga tossed up footage Saturday (September 10) of himself and Desiigner flaunting their wealth at the high-end luxury fashion store.

A few nights ago, Kanye West announced Tyga’s addition to the team.