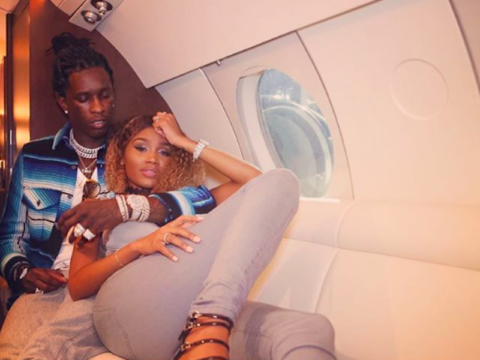 Rich Gang‘s Young Thug is taking no days off. Months after putting out his JEFFREY album, Thugger has revealed plans to release a follow-up before 2017 arrives.

In a new V Magazine interview, Thugger discusses the honesty behind this year’s JEFFREY and what fans should expect from his next body of work.

“I feel like a lot of artists today aren’t that honest, and I just want to be honest. The names of the songs were really who I was thinking about when I was making them, or who encouraged me to make them. So it was really a moment of honesty for me. To the world it may be greatness, but to me it’s just honest,” Thug said when asked about naming JEFFREY songs after famous artists’ names. “[The next album?] It’ll probably be f*cking ten times harder than JEFFERY. Like this one was kind of Jeffery, but it was still kind of street. This one is gonna be just fully Jeffery.” (V Magazine)

Back in September, Thugger made history as the first musician with three Top 5 albums on the charts in 2016.

No, My Name is Jeffery, Slime Season 3, and I’m Up all hit the top 5 on the rap charts—and two of them charted in the Top 10 on the Billboard album chart. Jeffery, Thugger’s most recent release, debuted at No. 3 on the Rap Album chart, while Slime Season and I’m Up hit that chart at No. 1 and No. 4 respectively. (The Boom Box)

A few days prior, YT jumped on Instagram to thank fans for supporting his latest studio project.