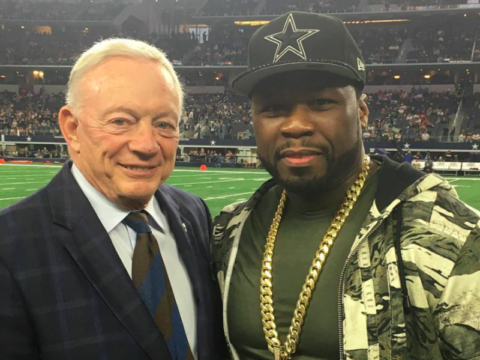 Fif posted up a picture of himself alongside Jones and revealed he had an Effen Vodka lounge at the owner’s AT&T Stadium.

Prior to the game, Fif also hooked up with a couple Cowboys superstars.

Along with the rap heavyweight, music couple Jay Z and Beyoncé also showed up for the Dallas game.