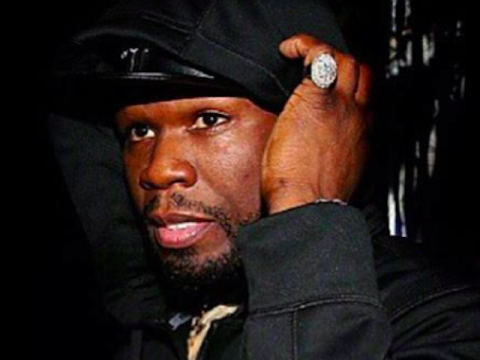 G-Unit boss 50 Cent recently talked about rap star Kanye West‘s potential run at the presidency and why he should go for it even if he has no shot at winning.

In Fif’s opinion, Yeezy should put his effort into trying to land a presidential bid.

“I think Kanye should run, f*ck it. Why not? I don’t care if he lose. I just want him to run. Since you said it, right? Since you brought it up. He ain’t got no feelings. I’ll be a consultant.”

Earlier this year, 50 talked about Republican presidential candidate Donald Trump‘s bid for the presidency and Ye’s chances of running in 2020.

“I don’t know [who I’m voting for]. I think it’s scary that Donald Trump’s in the lead. That idea Kanye came up with for going for president, I don’t know. He ain’t got no criminal background. He’s actually following the messaging points – I think the edge Trump has is people know that he’s not financially [in need]. He’s not going to have to owe people for supporting him during the campaign. He already won. If he didn’t intend on actually being president, what has running for president has done for Donald Trump, sure, we’ll go buy the book. I’ll have it. They’ll buy the book. Everything they would have bought from the president, from Donald Trump. It all works. If he loses in front of you, look how far [he went].” (Shade 45 StreetzIzWatchin)

In mid-February, Kanye went back on a Twitter tirade with a reference to his 2020 run.

G.O.O.D. Music producer Malik Yusef recently confirmed Ye’s plans to run for the presidency in the next four years.

Asked whether Kanye West still plans on running for president in 2020, Yusef said “the last time I talked to him” he said he would. “He would run as a democrat or possibly as an independent,” Yusef said, adding “I’d run against him.” (CNN)

The post 50 Cent Says He’ll Be Kanye West’s Consultant If He Runs For President [Video] appeared first on For The Best In Hip-Hop News – SOHH.com.