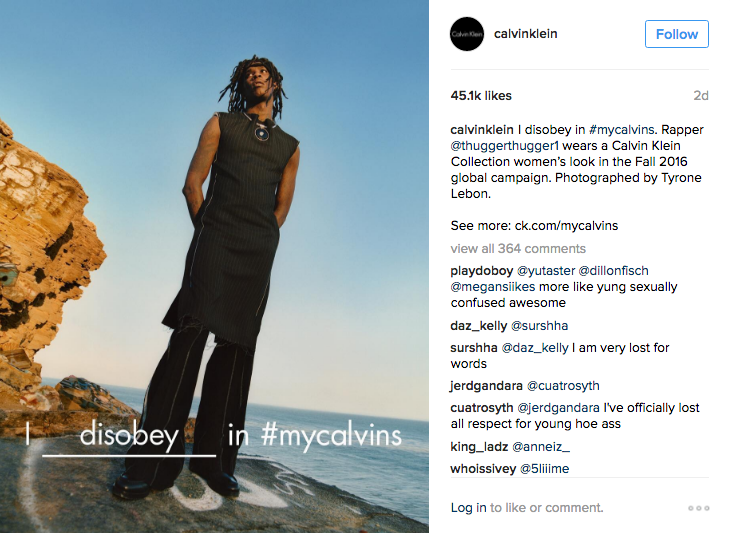 Young Thug is one of the faces, including Frank Ocean, of Calvin Klein’s latest ┬áfall campaign. But, the Atlanta rapper just had to take it further by proudly┬ámodeling women’s clothing.┬á

Could Thugger be genuinely serving as a catalyst for discussing the nuances of gender and sexuality? Quite possibly.

However, he could just be trolling us all.

Peep the pics below and┬áThugger showing off his pedicure on the flip. Seriously.