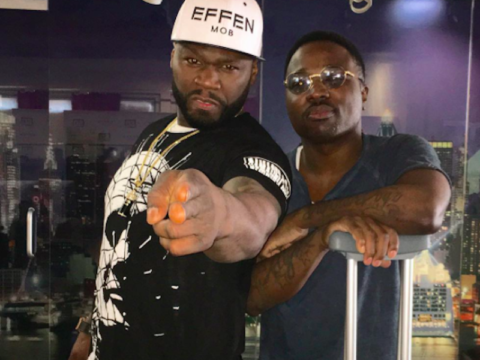 Fif went to Instagram Tuesday (July 12) and posted a pic alongside Ave.

According to reports, Ave’s mom helped secure a $500,000 bond by putting her New York home up.

After weeks in custody being held without bail, prosecutors consented to his release on a half million. He’s required to wear an ankle bracelet and cannot leave the city, a request made by Assistant District Attorney Joshua Steinglass and approved by Justice Ronald Zweibel. Collins must also stay away from all concert halls, bars, arenas and other performance venues. (New York Daily News)

“I don’t want to get into, I’m not going to get into too, I ain’t going to get into no discussion about any details of any criminal case for anybody. That’s what lawyers are for. Me, myself, I got a lot of love for Troy. I just think that he has enormous attention and he has his own relationship with God and all he has to do is keep God first and he can pull through it. Sometimes there’s things that involve situations that go beyond what the eyes could see. So for things like that, you got to step out on faith and for him being able to do that, it’ll make the difference.” (TMZ)

Recent reports revealed Troy did not have to worry about facing one initial murder charge.

The post 50 Cent Welcomes Troy Ave Home After Jail Release: “He Gucci – We Wheeling & Dealing” appeared first on For The Best In Hip-Hop News – SOHH.com.