8 Mile Director Dies, Eminem Remembers Late Filmmaker: “He Basically Made Me Into An Actor” 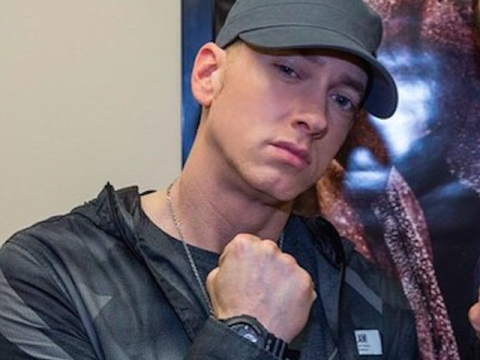 “Curtis Hanson believed in me and our crazy idea to make a rap battle movie set in Detroit. He basically made me into an actor for 8 Mile. I’m lucky I got to know him,” Eminem said in a statement to Billboard. (Billboard)

So sad to hear about Curtis Hanson. great director. great man. Riding that river with him was one of the greatest gigs of my life

Back in 2002, Hanson spoke out on working with Slim Shady for 8 Mile.

“I knew going into it that he had experience performing and also adopting a character, Slim Shady. What I was looking for was actually the opposite of that. When you adopt a characterization, that’s artificial. You hide behind that. What I needed in this story was the appearance of a complete lack of artifice. I needed the appearance of one more or less exposing himself emotionally.” (Radio)

According to reports, Hanson lost his life Tuesday (September 20) from natural causes.

Curtis Hanson, who won a screenwriting Oscar for “L.A. Confidential” and directed the psychological thriller “The Hand That Rocks the Cradle” and Eminem’s tale of Detroit hip-hop “8 Mile,” has died. He was 71. Paramedics declared Hanson dead at his Hollywood Hills home late Tuesday afternoon, Los Angeles police spokesman Tony Im said. Hanson died of natural causes, Im said, but he did not have further details. (NBC News)

The post 8 Mile Director Dies, Eminem Remembers Late Filmmaker: “He Basically Made Me Into An Actor” appeared first on SOHH.com.

8 Mile Director Dies, Eminem Remembers Late Filmmaker: “He Basically Made Me Into An Actor” : SOHH