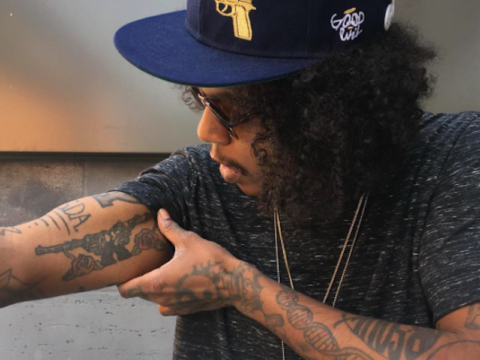 Ab jumped on Twitter this week with his dicey hip-hop-fueled words.

No stranger to controversy, AS recently singled out rap veteran Jay Electronica for dissing his labelmate Kendrick Lamar.

During Ab’s set, he kicked a few bars a capella. He also went at Jay Electronica, rapping this line, “I was like a swami to Jay Electronica until he figured that Kendrick wouldn’t admit that he would body him for a milly.” (Complex)

In April, Electronica publicly apologized to Lamar for dissing him during a Periscope session.