Allen Iverson Kicks It W/ A Rap Legend: “Let’s Get It!” 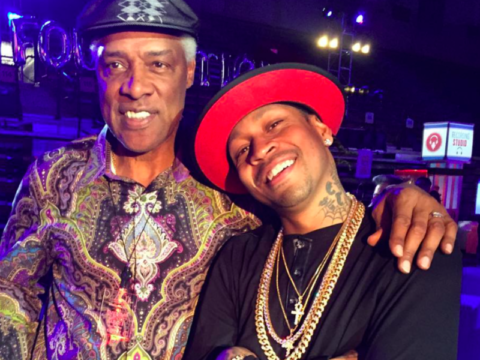 Reggie Noble posted up a picture Friday alongside The Answer and shouted out his greatness.

Recently, Red responded to A.I. crediting his music for influencing him at his Hall of Fame induction.

“I wanna thank Biggie Smalls, Redman, Jadakiss, Tupac and Michael Jackson for being my theme music throughout my career,” The Answer says to a cheering crowd, adding to those he already mentioned including Ma$e and Cam’ron. (HHDX)

The post Allen Iverson Kicks It W/ A Rap Legend: “Let’s Get It!” appeared first on SOHH.com.