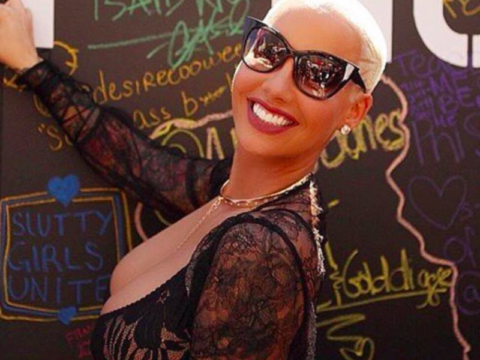 Vixen Amber Rose is having the last laugh in her feud with rap veteran Benzino. The model-turned-TV personality has flexed how much support she’s received for her second annual SlutWalk this weekend.

Rose went to Instagram and showed off the handfuls of celebs behind her Los Angeles gathering.