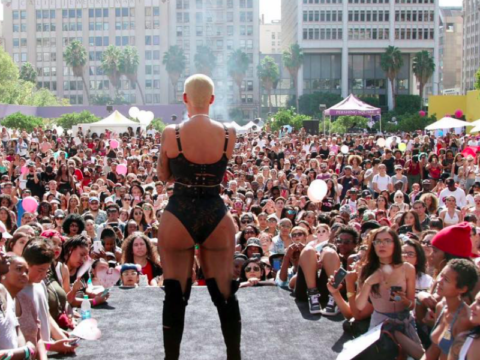 Rose relied on her Instagram page Sunday (October 2) to give fans an intimate look at the jam-packed event.

“This isn’t about somebody calling somebody names. People call people’s names. This ain’t about that. See this is about teaching our daughters that you don’t have to sleep around with men for money to get ahead in life or that you could be even better than a man if you studied and worked hard and you can accomplish anything in life without degrading yourself. It’s not ever been about what you wear. People wear all kinds of things. It’s about how you hold yourself as a woman.”