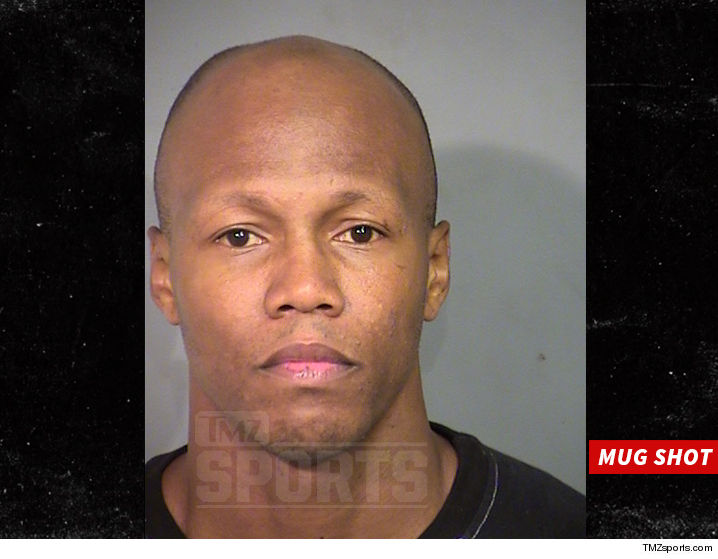 Zab Judah may have put hands on his wife, though he denies ever doing so. The former boxing champ was arrested back in July for allegedly pushing her to the ground during an argument

According to the police report, obtained by TMZ Sports, the Las Vegas Metro PD was called to Judah’s home around 3 AM on July 26 for a domestic disturbance.

Cops made contact with Zab — who said he got into an argument with his wife after she destroyed “all of his clothes” because she was jealous of an unknown woman claiming she had a baby with Zab.

Zab was adamant he did not touch his wife.

But Zab’s wife and sister told cops a different story — claiming the boxer had been drinking and pushed her to the ground by her face … causing her to hit the floor hard.

According to the police report, the responding officer did not notice any injuries on the woman — but said she kept touching her face as if she was in pain.

Judah arrested and charged with domestic violence and misdemeanor battery. Look at Judah’s mugshot below for a glimpse of the struggle.