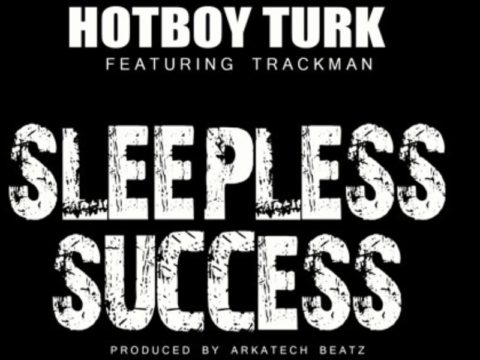 Arkatech Beatz had a connection for a while with Turk. When he first got out of prison we reached out to him and had a great conversation.

He liked some of the records he heard from us so that put us in a good space with him. At that time he was getting back in the mix of things so we stayed in the cut creating music knowing that we’re going to make some music together when the time is right.

Recently we were going through some beats and I said Turk may be able to use some of these. So we sent them and he immediately picked out three beats including “Sleepless Success.”

I believe that beat was done maybe a year ago. Most of the beats artists take from us are usually beats we did 3-plus years ago. I guess our sound’s either ahead of the game or it just awaits the right artist. We sent him the beat and he went and got it done immediately.

It was out like the following week. I love the quick turn around when making records these days. We don’t always get to be in the studio with the artist but this particular record already had direction with the intro so Turk knew what to do.

In this business you really never know.