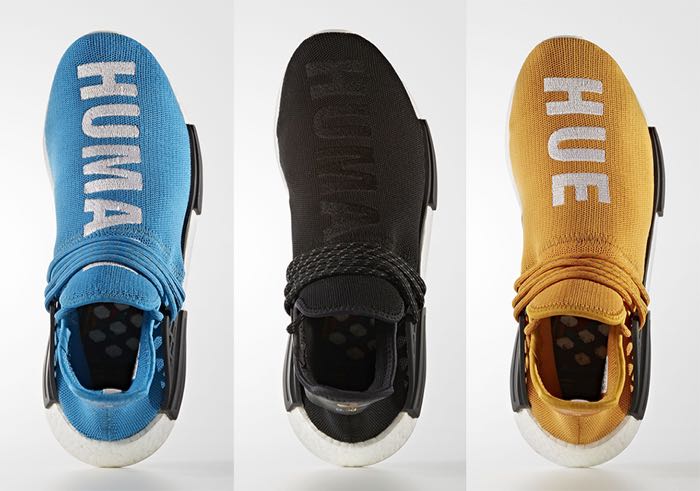 With the highly anticipated release of the Yeezy Boost 350 now in the rearview mirror, adidas Originals is moving onward and upward with their next highly anticipated release, the Pharrell Williams designed “Hu” series. Seemingly inspired by humanity itself, the “Hu” (short for human race) is meant to represent the culture of life regardless of color, creed, or beliefs.

The footwear and activewear features some vivid color schemes and displays some cool flags, patches, and the words “Human Race” in English, Japanese and French.

Check the clip below and peep a North Dakota Native American tribe decked out in Skateboard P’s “Hu” collection and let us know if it’s something you’ll be interested in coppin upon release this September 29th. We know we will.