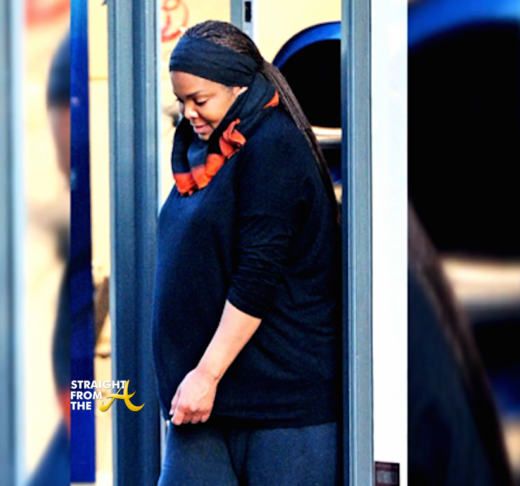 Janet Jackson has been laying low since announcing her pregnancy a few months back, but a the popular songstress was recently spotted sporting her baby bump.

Back in May that it was revealed that Janet was pregnant with her first child with husband Wissam Al Mana.

Earlier reports released suggested that the 50-year-old first time mom was ‘in-hiding’ after gaining over 100lbs during her pregnancy (click HERE if you missed that) and now, there are photos that indicate those stories may have been true.