Diddy, French Montana & DJ Khaled Up To SomethinÔÇÖ, Nick Cannon & Chilli CreepinÔÇÖ, How To Deal W/ Cops PullinÔÇÖ Up On You Now? 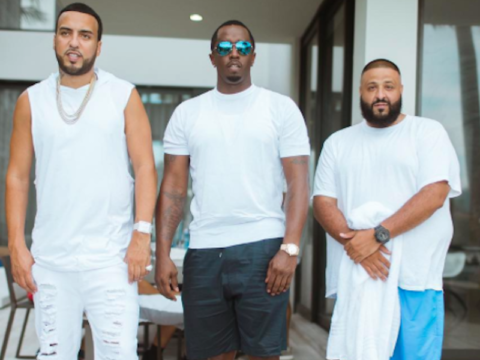 Working Wednesday. We’re putting in a ton of work SOHH let’s get things going with Diddy, French Montana and DJ Khaled cooking something up? Speaking of big things simmering, how about some dating rumors heating up between Nick Cannon and Chilli? With the police drama going on all over the nation, do you need help in preparing how cops pull up on you? All this coming up in SOHH Whatcha Think.

Is something big getting ready to go down with Diddy, DJ Khaled and French Montana? The problem with social media is almost any and every post can be blown out of proportion and thanks to Puff Daddy, it looks like there’s something going down very soon. Diddy’s Instagram is on it:

Do you think he’s just gassing everyone up? Are you expecting something crazy to go down? Think a new banger is going down soon? #SOHHWhatchaThink?

Is there something going on with Nick Cannon liking older women? We all thought it was a joke when he hooked up with Mariah Carey but now the word around town is he has his eyes on Chilli? The New York Daily News is on it:

Dapper ÔÇ£AmericaÔÇÖs Got TalentÔÇØ host Nick Cannon got a little tender loving care this weekend from Rozonda (Chilli) Thomas of the pop band TLC, according to sources upstate.

The crowd at WDKXÔÇÖs Summerfest Concert in Rochester got a second show on Saturday night as they watched Cannon get cozy with Thomas, whose band was headlining the show. One insider says Cannon joined Thomas before and after the performance and watched on adoringly as her band performed its ÔÇÖ90s hits, which include ÔÇ£No ScrubsÔÇØ and ÔÇ£Waterfalls.ÔÇØ (New York Daily News)

Do you believe it? Think they’re just having fun? Could you see this really working out? #SOHHWhatchaThink?

It’s getting even more serious in these streets in 2016 with the police slayings of innocent black people. Thankfully with a few days gone since the last death and the Internet trying to bring a little lighthearted humor to the situation, people are finding a way to crack a few smiles. Akademiks and The Shade Room are on it:

Are you in tears right now? Think this is too funny? What precautions are you now taking? #SOHHWhatchaThink?

The post Diddy, French Montana & DJ Khaled Up To Somethin’, Nick Cannon & Chilli Creepin’, How To Deal W/ Cops Pullin’ Up On You Now? appeared first on For The Best In Hip-Hop News – SOHH.com.

Diddy, French Montana & DJ Khaled Up To SomethinÔÇÖ, Nick Cannon & Chilli CreepinÔÇÖ, How To Deal W/ Cops PullinÔÇÖ Up On You Now? : SOHH