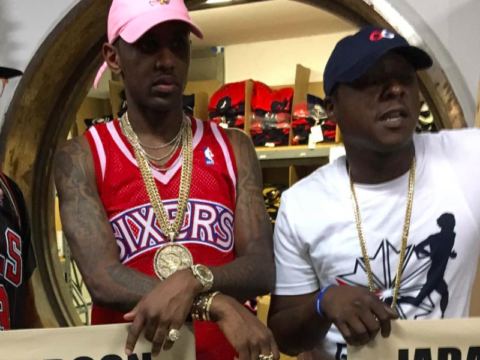 Def Jam‘s Fabolous and Jadakiss have something big up their sleeves. The hip-hop pals are in serious talks about their long-delayed joint Freddy Vs Jason project reaching the masses.

Fab and Jada went to Instagram this week and dished out some big clues about the studio album’s status.

Last winter, Fab hinted at the project gearing up to come out soon.

Initially slated to arrive a few months back, Fab recently said production issues had caused his own solo album to suffer a delay.

“I was supposed to drop The Young OG Project 2 on Christmas but I needed some more clearance time. My samples weren’t clearing in time. [Summertime Shootout] performed very well so I wanted to give it some room to breathe. I want to shoot some videos off it. I’m going to push The Young OG Project to February and use the month of January to promote [it]. You don’t really realize how close Thanksgiving and Christmas are until you actually live it.” (Hot 97)