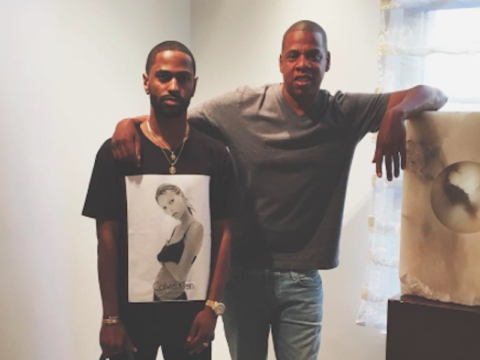 Music mogul Jay Z isn’t wasting any time with his new The Weinstein Co. partnership. New reports claim Young Hov is gearing up to produce his first TV series under the deal about the late Kalief Browder.

According to reports, Jay is going to narrow in on America’s flawed criminal justice system by focusing on Browder’s wrongful placement behind bars in 2010.

Next week Jay Z will unveil the details of the first project in his new film and television deal with The Weinstein Company – a “groundbreaking television event series” about the late Kalief Browder, who was arrested in 2010 for second-degree robbery and imprisoned for three years with no conviction. He was only 16-years-old when he was first charged. Two of his years in Rikers Island were spent in solitary confinement. He was released in 2013 after his case was dismissed due to so many trial postponements. In that time, Browder maintained his innocence and refused a plea deal. (FACT)

Earlier this week, Jay made headlines after partnering up with Hollywood powerhouse The Weinstein Co.

He issued a statement and revealed what fans could expect from the partnership.

Heading into the weekend, Jigga treated fans to a look at his curated TIDAL “Brick Phone” music playlist.