Fabolous Tells Desiigner To Keep His Head Up After Arrest: “Don’t Let Them Bring U Back Down” 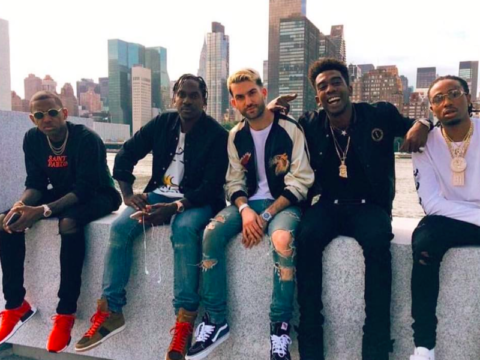 New York rapper Fabolous is pulling for Desiigner. The Def Jam veteran has served up a few words of wisdom amid the G.O.O.D. Music artist’s publicized arrest this week.

Fab went to Instagram Saturday (September 10) and shared some key words to Desiigner.

Yesterday, reports surfaced about Desiigner getting arrested on felony drug and gun charges.

Law enforcement sources tell TMZ … the people in the SUV and the driver of another vehicle began screaming at each other. The driver of the other car called 911 and claimed Desiigner pointed a gun at him. The SUV left but the driver of the car took down the license plate number. Cops found the SUV a short time later, searched it, and found a large quantity of loose pills in the center console. Our law enforcement sources say they found Oxycontin and other drugs. (TMZ)

The rapper and other affiliates are reportedly still in police custody.

The Desiigner emoji pack includes over 60 different emoji that celebrate the many wild facial expressions the rapper makes while performing and absolutely no pandas. Just kidding, there are, like, 10 different cartoons paying tribute to Desiigner’s smash hit “Panda,” including a dabbing panda and one wearing a gold necklace. Others reference Desiigner’s latest single “Tiimmy Turner” by imagining what the rapper would look like as a The Fairly OddParents cartoon and another depicts “broads in Atlanta” What a time to be alive truly. (Complex)

The post Fabolous Tells Desiigner To Keep His Head Up After Arrest: “Don’t Let Them Bring U Back Down” appeared first on SOHH.com.

Fabolous Tells Desiigner To Keep His Head Up After Arrest: “Don’t Let Them Bring U Back Down” : SOHH