Meek Mill Salutes His No. 1 Idol: “My Only Role Model!” 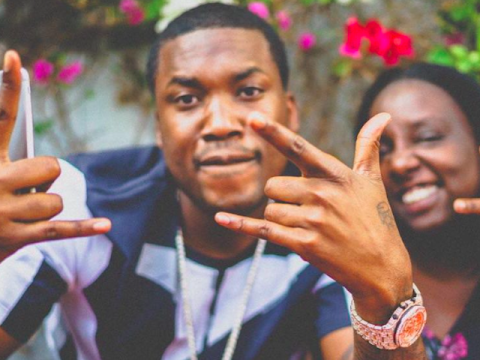 Meek went to his Instagram page Friday (September 9) and revealed what impact The Answer had on his personal life.

On Friday night, Iverson was inducted into the Naismith Memorial Basketball Hall of Fame. Thompson accompanied him on stage. Shortly into his acceptance speech, an emotional Iverson paid homage to the man who gave him an opportunity when nobody else would, an opportunity that led to a Hall of Fame basketball career and, as Iverson put it, saved his life. (USA Today)

The post Meek Mill Salutes His No. 1 Idol: “My Only Role Model!” appeared first on SOHH.com.