Game Says Nicki Minaj Should “Stay Out” Of Meek Mill Beef: “I’m Sorry I Had To Drag Her Into This” [Video] 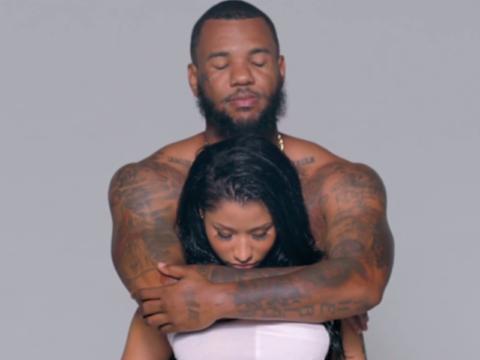 In a new interview, Game addressed using pictures of Nicki in his now-viral Mill feud.

“Nicki should just stay out of it,” Game said when asked if Minaj reached out to him over the e-beefing. “She’s in her lane, doing her thing, she’s an amazing artist. I got love and respect for her. I’m sorry I had to drag her into this and it was a minimal drag but she wasn’t disrespected. At all. I went and did what I had to do. [The Instagram pics] look like a photo shoot or video shoot, it wasn’t like us [being personally intimate.]” (“The Breakfast Club”)

A few days ago, Game trolled Meek by using a pic of Nicki with her ex-boyfriend Safaree Samuels.

The viral jab caught the attention of Safaree who responded with a nod to Game.

The post Game Says Nicki Minaj Should “Stay Out” Of Meek Mill Beef: “I’m Sorry I Had To Drag Her Into This” [Video] appeared first on SOHH.com.

Game Says Nicki Minaj Should “Stay Out” Of Meek Mill Beef: “I’m Sorry I Had To Drag Her Into This” [Video] : SOHH