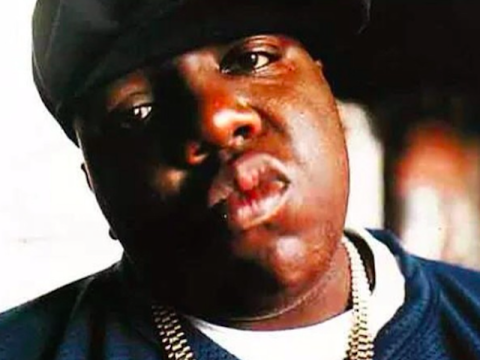 Hollywood’s Johnny Depp is getting ready to flex his admiration for hip-hop. The iconic actor is reportedly linked to an upcoming film based on the unsolved murders of rappers Notorious B.I.G. and Tupac Shakur.

According to reports, Depp will play the role of a real-life detective determined to solve the cases in a flick called Labyrinth.

Labyrinth will see the Oscar-nominated star playing Russell Poole, an LAPD officer who spent months on the cases before pointing the finger of suspicion at officers from his own police department. His theory formed the basis for a five-year legal battle against the city of Los Angeles by Biggie’s mother, Violetta Wallace – which was eventually dismissed in 2010. (Metro)

A comedy series based on Notorious B.I.G.’s lyrics is reportedly in development.

TBS is developing a scripted comedy series loosely based on the life and lyrics of the legendary rapper. Currently titled “Think BIG,” the show will follow an inner-city teen trying to earn a living for his young daughter and son. No word yet on which lyrics specifically will serve as the basis for the series, but who wouldn’t love to watch a show based on “Big Poppa?” (The Wrap)

Earlier this week Danai Gurira signed on to play Afeni Shakur in the film, and now she’ll be joined by Lauren Cohan, who’s best known for her role as Maggie on AMC’s hit zombie show. Cohan will portray Leila Steinberg, an early mentor of Tupac. Benny Boom is directing All Eyez, which stars Demetrius Shipp Jr. as the influential hip-hop artist. Production is underway on the movie, which does not yet have a release date. (Entertainment Weekly)