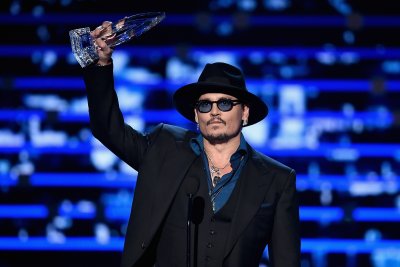 Johnny Depp is going to try and solve the mysterious murder cases of Tupac Shakur and Christopher “The Notorious B.I.G.” Wallace in a new film.

Highsnobriety is reporting that Depp has signed on to star in Labyrinth.

It follows the plights of real-life detective Russell Poole, an LAPD detective who finds himself embroiled in the investigation of the dual-murders of hip-hop’s reigning icons. Johnny Depp will of course play Poole, and though it sounds like an uncharacteristically serious role for the actor, no doubt he’ll find a way to make it more whimsical.

Labyrinth is based on Randall Sullivan’s 2003 novel LAbyrinth that follows the real-life Poole who investigated the murders and suspected that it was all one big conspiracy.

Labyrinth is the latest movie about the lives of 2Pac and Biggie. Biggie’s life was covered in the 2009 film, Notorious. 2Pac’s live is set to be covered in the now-delated All Eyez On Me.