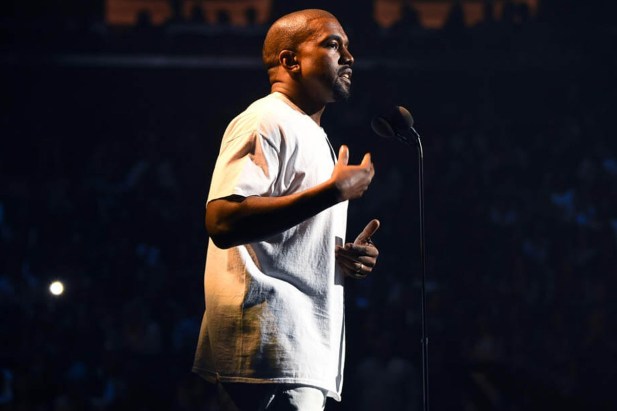 Kanye West has managed to keep eyes on him in recent weeks with his appearance at the MTV Video Music Awards and the controversy surrounding the Yeezy Season 4 casting call. In an exclusive chat with Vogue, West confirmed that he and Canadian superstar Drake are indeed on a joint album project but details remain scant so far.

Vogue‘s piece on West opens up curiously enough with the Chicago artist stating that he’s not interested in being a controversial figure. While it appears that West often eggs on the fervor around every move he makes, it does appear that he’s looking to minimize the light on the negative aspects of his career and be taken seriously as a creative.

Vogue was with West just days before the Yeezy Season 4 showcase in New York and ahead of the Saint Pablo tour dates in the city. West spent a portion of the interview discussing his plans for a brick and mortar store to open in California and an ambitious goal to open 200 stores in other locations. However, fans of the music undoubtedly turned their heads at the mention of the Drake collaboration.

Another recent hint was the billboard that appeared in L.A. showing West’s music company logo alongside Drake’s. “We’re just working on music, working on a bunch of music together, just having fun going into the studio,” West said. “We’re working on an album, so there’s some exciting things coming up soon.” He declined to give a release date.

Other standout moments from the chat include the introduction of a children’s line from West and his wife, Kim Kardashian West. There is also a jewelry line in the works, adding to the artistic vision West is laying out before himself.

Read the rest of the exclusive Vogue interview with Kanye West by following this link.