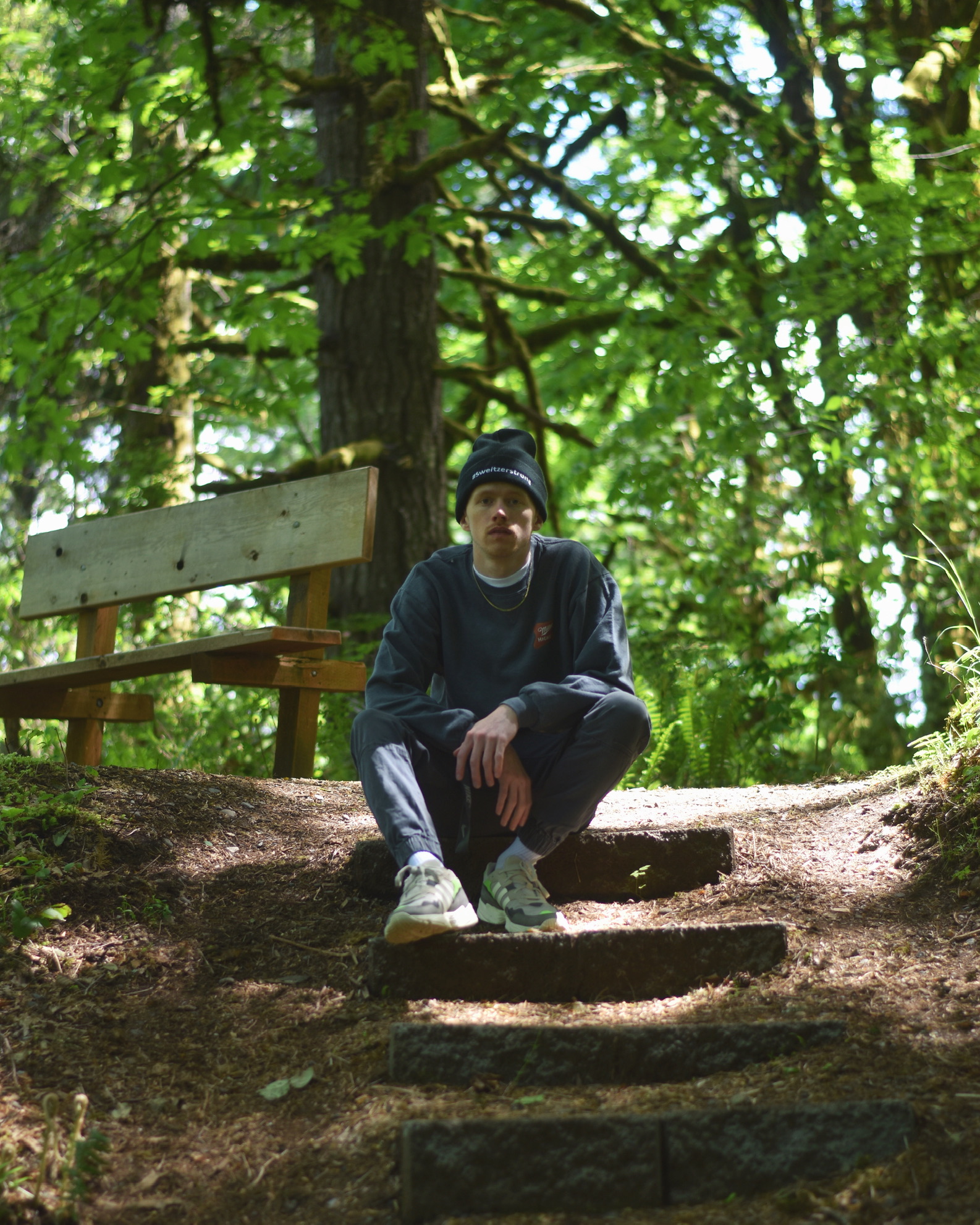 To fully appreciate Kasey Andre, it is important to understand where he comes from. Not so much regionally, (he is from Olympia, Washington) but more so his music journey.  Kasey’s name started surfacing on Soundcloud, in 2015 or so, a vibrant time for the upcoming lofi hip hop scene, that was bubbling over with talent.

Lofi hip hop, specifically beats, have since exploded in popularity, but artists in and around the genre at the time know the mid-2010s was a coming out party for producers, and the vocalists who called such instrumentals their niche.  The list of notable producers out of this era is endless, many names you have likely never heard of, but that have several commas in their Spotify monthly streams.  As the instrumental iteration of this genre began to mature, so to did the emcees and singers that felt most at home on jazz-based, easy-listening, professionally flawed instrumentation.

The spirit of the lofi community was one where vocalists were generally second fiddle to producers, and thus there was great respect shown by lofi rappers to those responsible for their beats.  You’d be hard pressed to find a lofi track with vocals from this period that didn’t have (produced by) directly in the song title.

Several vocalists emerged from this pool of talent; some notable ones including Healy (now signed to RCA), Felly (300 Entertainment, formerly Same Plate) and PLC (with close musical ties to both Healy, and superstar duo Surfaces).  One thing remained constant for both the mainstream and indie vocalists who experienced this unique time on Soundcloud; an uncompromising attention to detail when it comes to instrumentals.

Enter Kasey Andre.  Kasey typifies the “lofi rapper” with chill, laid back delivery, smooth cadence, and a special love for the beats his vocals call home. His uniqueness in the fabric of the genre derives from writing that ranges from clever, to introspective, to genuinely warm. While many lofi rappers have the tendency to seamlessly weave their vocals within the fabric of the beat, Kasey Andre’s tone has always been a bit more active, choosing instead to dance from corner to corner within the ample space of each lofi beat he carefully selects.

Andre catapulted himself to a level of notoriety with his 2016 EP Almost Original, a collaborative project with notable Swedish producer Joakim Karud.  Karud’s piano heavy, jazz-centric instrumentation provided a perfect melodic backdrop for Kasey Andre to showcase his talents as both a vocalist and a writer.  The project’s hit single, Dreams has nearly 22 million streams on Spotify, a testament to Andre’s talent, Karud’s loyal fanbase, and the massive popularity of the lofi sound.  While Dreams is undoubtedly the most popular track from the Almost Original, the more artistic and intimate Love Mode is a must-listen.

On November 15th of 2021, Kasey Andre dropped his 4th studio Album, Day by Day.  A veteran of the independent scene now, this new record represents experimentation, self-discovery, and creative ownership for the 26-year-old artist.  Using the lofi roots as a launching point, the sound of the album ranges from trap, to experimental, and was primarily produced by Andre himself, a big change for an artist who has worked with so many accomplished producers.

“I produced half of the beats on the album and engineered it all out of my home studio.  I want to be at a point where I’m fully producing my albums and playing every instrument.  That way my art can be a true reflection of myself.”

The self-produced tracks propel the album, and Andre’s talents as a producer as well as a rapper are on full display.  Take for example, the vintage sounding Wishing Wells, perhaps the most authentic lofi track on the project.  Coming hard with potent lyricism, and a beat to match, Wishing Wells is a two minute, twelve second personification of Kasey Andre’s artistic identity.  (“They think you got it good/but they don’t know you went through hell/tossing coins in wishing wells/I wish you well.”)  Lofi rap has always been a genre that allows artists to create natural contradictions with the melancholic licks of jazz played against understated lyrical turmoil, and Kasey certainly has this trick up his sleeve.

While Day by Day is at its best when authentically Kasey Andre, there is clear progression, and experimentation at play as well.  An artist who is not afraid to try new things, is an artist ready to grow, and there is proof that Andre understands this lesson: “I wanted to add some oddballs in there, like Love is Warfare and Nobody Else, just to prove to people, and to myself that I can switch up the sound a little bit.”  Often, when an artist is not afraid to take these risks, and temporarily exits their comfort zone, they return with new tools, and important lessons learned. It should be expected that such progression will be recognizable within Kasey Andre moving forward.

Overall, Day by Day is an excellent front-to-back listen; it is varied, sonically pleasing album that fits perfectly into the composition of Kasey Andre’s rapidly growing discography.  Six years into his artistic journey, Kasey Andre is veteran of the lofi hip hop community, and a must follow artist.

Today’s Hip-Hop is dedicated to identifying, spotlighting. and developing indie artists, and providing thoughtful, evocative commentary on their work.  If you are an indie artist or have a suggestion of an artist we should cover, you can get in touch with us via our submission form or  Instagram.