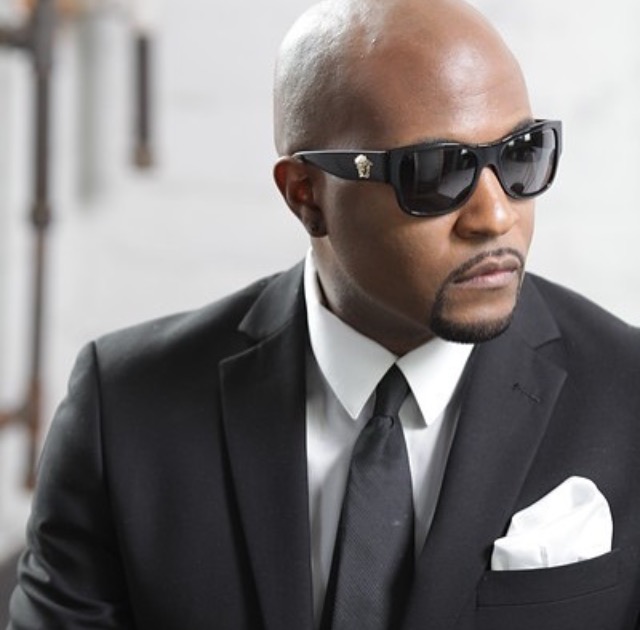 Daron Jones is on a mission. The veteran crooner is set to put true R&B in it’s rightful place; reminiscent of the good ole’ days when music made you feel good, spoke to the heart and woo’d objects of their affection with sensual lyrics, melodies and sweet tempos. Jones, popularly known as one fourth of the platinum-selling group 112, the hit making quartet who help set R&B ablaze in the 90s and 2000s.

Don’t let the cucumber cool, gentle giant with the southern boy charm fool you. Jones’ talent is quite the opposite; a roaring, fiery force stands as a proven musical beast. The songwriter, who co-wrote Keyshia Cole’s 2005 emotional smash, “I Should’ve Cheated,” fluidly covers R&B classics on latest project, The Unofficial Diary of Daron Jones, posting wet teaser clips on his Instagram.

Jones is no new kid on the block. The “Peaches and Cream” singer, who recently released his new single, “The Way We Used to Be,” displays his creative evolution, setting the stage for a promising solo career. The Georgia native is more than eye candy, but he has a heart of gold.

Staying strongly connected to his fan base and followers, the songwriter, who’s currently on the road with the Bad Boy Reunion tour, which kicked off on September 1 in Chicago, gifts a lucky winner with a pair of tickets in select cities. Through an Instagram contest, the 39-year-old gives back to those who supported him throughout the past 20 years.

NEW YORK, NY – MAY 20: 112 performs onstage during the Puff Daddy and The Family Bad Boy Reunion Tour presented by Ciroc Vodka And Live Nation at Barclays Center on May 20, 2016 in New York City. (Photo by Jamie McCarthy/Getty Images for Live Nation)

The Source caught up with Daron during his Chicago visit with ticket giveaway winner, Genovia Holmes.

The Source: How do you prepare for the Bad Boy Reunion tour?

Daron: We had rehearsals in Peoria, we been rehearsing for the past few days there. I been personally preparing in Atlanta; getting in the gym, getting the choreography together. It’s been a hectic last few days.

You picked Genovia as Chicago’s contest winner. What made you choose her out of everyone who entered?

It was just her story overall and with it being her birthday I thought that would be a great gift.

Why is it so important for you to give back?

I’ve always kind of felt like this, with fan interactions . We been doing this for 20 years, so back when we came out there was no outlet for us to consistently interact with the fans. The first time we was on Def Jam and we had a website that had a chat room on it. I was always the one in the chat room interacting with everybody, letting them know what’s going on. So it was something I was always into. So when the real social media hit; the Myspace and Facebook, I started interacting since then. Now it’s kind of become a huge thing.

For those who haven’t heard The Unofficial Diary of Daron Jones, what can fans expect?

I touched on that like “Peaches and Cream” and “I’m a Player” giving them more risqué lyrics but now I think it’s time for R&B to get back to the roots of it; where it’s about love, life and relationships and this EP is my ode to that.

And Part 2 is coming out soon, right?

Oh yeah it’s a rendition of a lot of the favorites I grew up listening to like Stevie Wonder, Luther Vandross, The Gap Band. I really wanted to take R&B back to that zone and I feel like now that’s what people want. They want R&B to be R&B. And I don’t really have a problem with hip-hop/R&B- I think that’s smooth too but right now, its a longing for that R&B you can make love to, get married to, have kids too and reminiscence about a lost love to.

Genovia: You write, you sing, you dance, you’re so talented- what all do you do?

I just love music and I love to learn. I’m just an all around, 24-hour student of the game. And I’m inspired by all the greats, like Michael, Prince and Stevie- those are my main inspirations. Stevie Wonder is the piano man- so that was the first thing I connected to, so I started playing the piano.

Prince played a lot of instruments too- when I was in the second grade I played the trumpet, the piano. I started expanding that as I got older. I played the bass, saxophone, the drums, a lot of strings. We was always dancing, but the third album the choreographers took a different approach, treating us like this time like real dancers who just know how to sing. As they started doing that and the dancing got more complex, I started to see it as art, so that’s when I got into the dancing. After rehearsals I would go home and in the basement for another six to seven hours or stay with the choreographer and try to see exactly the form of the moves that made it beautiful. And I’m still learning.

How many instruments do you play?

Honestly, pretty much anything I can get my hands on I can play. I picked up the bass guitar and a week later I can play the Gap Band. I pick up the trumpet or the saxophone and can play Kenny G 30 minutes later. Because I know the science of music.

Even when I was younger, I remember taking piano lessons because I was always playing piano by ear, so I took the lessons to learn how to read music- I never learned how to read music. She [my teacher] was giving me songs to play by ear and she offered me to teach her ear-training class! And I was in the 7th grade and this lady was the truth; a brilliant pianist, traveled all over the world, played for a lot of the bands in the 60s and 70s. Music has always been natural for me.

Was you’re new single, “The Way We Used to Be,” inspired by real life events?

Definitely, like in relationships, there’s a courting period, when you see the all the love and affection and you-want-me-and-I-want you, and sometimes it just get to a point where you lose sight of that. And this song is me pleading can we get back to that.

Right now we’re just focusing on the Bad Boy tour, we been talking about doing an album- if the right situation pops up, the right label home, I think we’ll definitely be ready but right now the focus is the tour. We’re in talks for the TLC tour next year, Australian tour and some of the dates will be with TLC and Nelly. So we’ll be in your city.

“The Way We Used to Be” is available on iTunes now and wherever digital music is sold.

Interview: 112’s Daron Jones Wants to Revive R&B, Releases New Single, ‘The Way We Used to Be’ : The Source