Wiz Khalifa Keeps It 100: “This Is The Only Guy I Want To Spend My B-Day With” 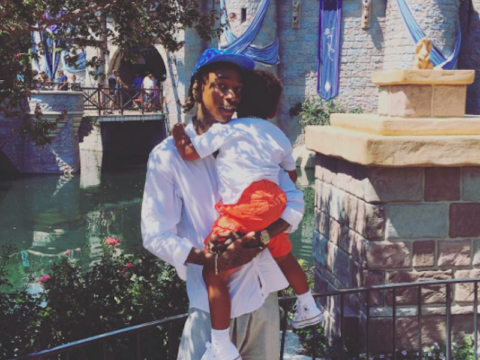 Taylor Gang‘s Wiz Khalifa is all about his family. The birthday boy has revealed his 29th would be spent with none other than his son Sebastian.

Wiz went to Instagram Thursday (September 8) and dished on how much he loves his mini-me.

In July, Rose exploded over backlash she received after revealing a sexual encounter with her ex hubby.

A few weeks ago on her “The Amber Rose Show” TV broadcast, Rose revealed she wanted another baby with Wiz.

“This weekend, I went to Charlotte, North Carolina to see my baby father perform,” Rose said during the broadcast. “He’s on tour with Snoop and I’m actually still high. I don’t smoke but I’m still high. I’m high as sh*t. Now you know we have Sebastian together and I really, really want another baby. So I asked him for his sperm like I always do every time I’m around him and I’m like, ‘He’ll probably give me some more sperm so we can have another baby,’ instead, he just put his babies on my face. Thanks Wiz.” (“The Amber Rose Show”)

The post Wiz Khalifa Keeps It 100: “This Is The Only Guy I Want To Spend My B-Day With” appeared first on SOHH.com.