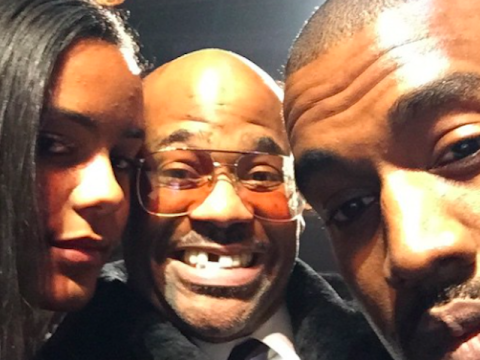 Grammy-winning rapper Kanye West and former mentor Damon “Dame” Dash are getting the last laugh in a past publicized dispute over their Loisaidas film.

According to reports, a judge ruled in the former Roc-A-Fella alumni’s favor and said they did not damage a Latin musical group’s image.

Member Michael Medina said the rap duo tarnished Loisaidas’ brand after they released a movie in 2015 with the exact same name. However, a judge disagreed … and on Thursday dismissed the suit. The reasoning? … “Loisaidas,” which refers to Manhattan’s Lower East Side, is fair game considering that’s where the film took place and had nothing to do with the singing group. (TMZ)

In 2015, Dame shared his thoughts on Yeezy leaving his imprint on the entertainment industry.

“He chose to make the decision he felt was right for himself. That was it. For the last five, six years, itÔÇÖs been nothing Kanye could do for me. IÔÇÖm not playing the game heÔÇÖs playing. IÔÇÖm trying to figure out how to do things on my own. HeÔÇÖs out looking for experience. HeÔÇÖs trying to do things bigger than what heÔÇÖs done. HeÔÇÖs fulfilling his dream, fearlessly. HeÔÇÖs putting up his own dough as he makes it. HeÔÇÖs staying active. For the last six years, IÔÇÖve been running around the world looking for people that are looking to do things like I do it.” (“Sway In The Morning”)

Kanye previously talked about what plans he and Dame had on deck.

“But at that time – I came to Roc-A-Fella because Jay Z was my idol. It would have been very hard for me at that young stage, where I was, to separate from my idol. That’s the decision I made – we’re going to work on films. I really like the films he’s doing. He had all types of ideas in there. Dame is like the original person who understood culture and [knew] where every situation would go. [Beanie Sigel] would have a problem, he’d go pick him up. … You definitely gotta say Dame is a real n*gga. When he came over to the crib and I just saw him, I missed him. I missed the good, I missed the bad. I missed all of that because all of that is what created College Dropout. That tension – we’re creating something new in the fashion world and the movie world.” (“The Breakfast Club”)

The post Kanye West & Dame Dash Get Last Laugh In Hollywood Lawsuit appeared first on For The Best In Hip-Hop News – SOHH.com.