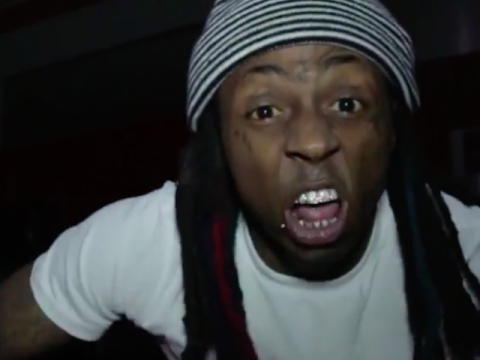 Young Money rapper Lil Wayne‘s I.O.U. to American Express has finally caught up with him as reports claim the major credit card company sued him for past due payments.

American Express filed a lawsuit Thursday against Weezy for the back amount of $86,396.75. According to the docs, obtained by TMZ, he’s been in the red since December 2015. AMEX is suing for the full amount, plus its legal fees. (TMZ)

The seizure last week was bad enough that he had to cancel his performance at TAO nightclub in Vegas for a pre-UFC 200 party. Wayne was just moments away from taking the stage when the seizure hit. After a stint in the ICU, Wayne was released and is now resting in Miami. (TMZ)

In mid-June, Weezy F. Baby surprised Electronic Entertainment Expo attendees with a performance and introduction to his new Sqvad Up video game.

The rapper and Samsung pitchman performed at the companyÔÇÖs booth inside the Los Angeles Convention Center. He delivered such songs as ÔÇ£JohnÔÇØ and ÔÇ£No CeilingÔÇØ as six skateboarders did tricks behind him on a half-pipe stage. The rapper showed no signs of fatigue at E3. After the brief performance, he weaved past the crowd and appeared on a live stream at TwitchÔÇÖs booth to promote his mobile skateboarding game, ÔÇ£Sqvad Up.ÔÇØ (Seattle Times)

The post Lil Wayne Doesn’t Have Money To Blow, $86K Money Woes Exposed appeared first on For The Best In Hip-Hop News – SOHH.com.