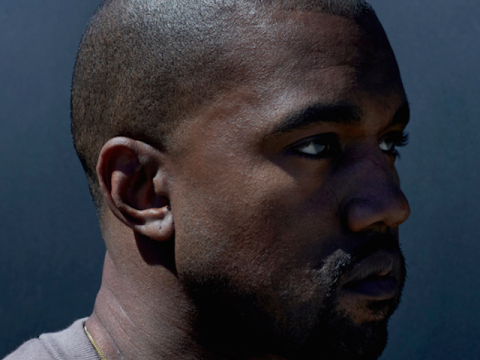 Yeezy went to IG Sunday (September 18) with a scene from the Arnold Schwarzenegger classic.