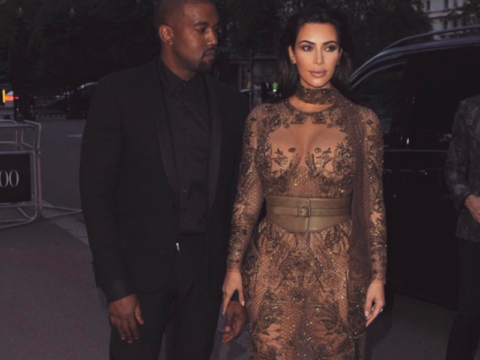 Reality TV star Kim Kardashian is practically all the way back into the mainstream spotlight. A new picture has surfaced of Kim K posing for a picture alongside husband Kanye West and police brutality victim Alton Sterling‘s son.

A new shot shows Kim slightly in disguise with a hat on alongside Yeezy and Sterling’s eldest son.