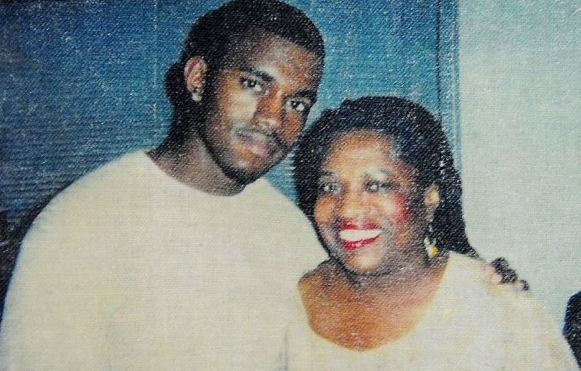 Early this morning, Kanye West took to Twitter to pay tribute to his mother Donda, who passed almost nine years ago.

Yesterday [July 12] would have been her 67th birthday. Kanye posted the below picture with caption, ÔÇ£NORI ASKED IF THE AIRPLANE COULD TAKE HER TO HEAVEN TO SEE YOU FOR YOUR BIRTHDAY, I LOVE YOU MOM.ÔÇØ

In November 2007, Donda passed after complications of cosmetic surgery. Kanye is constantly expressing his remorse for the loss of his mother, including via songs like ÔÇ£Only OneÔÇØ which was released in 2014. He also wore a shirt with her airbrushed image to his Yeezy Season 3–┬áThe Life of Pablo album release in Madison Square Garden (MSG) just last year.

Along with mobile mogul wife Kim Kardashian West, Kanye has also joined the video game world. ÔÇ£Only One,ÔÇØ his new video game, debuted a trailer at the Electronic Entertainment Expo (E3) in Los Angeles. He also shared a snippet of the trailer during the the album release event at MSG. There is no set release date but stay tuned. As for now, check out the trailer below.