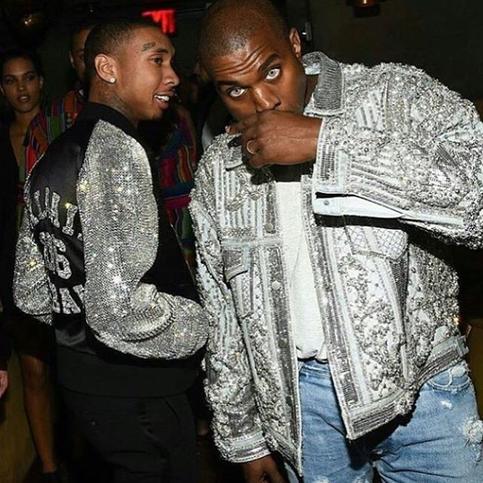 After debuting Yeezy Season 4, Kanye West threw an impromptu concert at New York’s Highline Ballroom on Wednesday night, where he welcomed Tyga and Migos to the family.

Yeezy and T-Raww have collaborated in the past. Kanye executive produced Tyga’s 2015 project, The Gold Album: 18th Dynasty. Plus, Tyga has another connection to Yeezy — he is dating his sister-in-law, Kylie Jenner.

Tyga is already gearing up to release his first single on G.O.O.D. Music. He debuted his Desiigner-assisted collaboration “Gucci Snakes” at last night’s show, and the song will hit Apple Music tonight.

Additionally, Migos has reportedly signed to G.O.O.D. Music management, but the Atlanta trio of Takeoff, Quavo, and Offset will still release music through Quality Control and 300 Entertainment.

G.O.O.D.’s latest acts are also likely teaming up for the label’s upcoming Cruel Winter compilation, which will be executive produced by Travis Scott.

Speaking of La Flame, Scott was also in the house for G.O.O.D. Music’s pop-up show at Highline. In fact, it was a star-studded event, featuring appearances by Pharrell, Pusha T, Teyana Taylor, Swizz Beatz, and Yo Gotti.