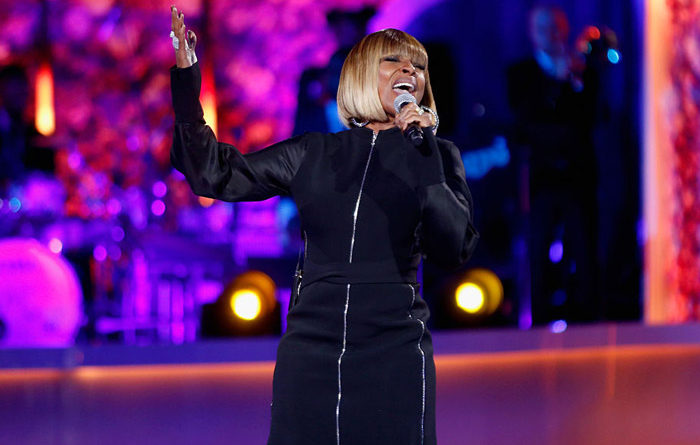 Mary J. Blige continues to let her art reflect her life on “Thick of It.”

The iconic R&B songstress debuted the new break-up anthem during a recent concert at The Grand Theater at Foxwoods in Mashantucket, CT. In usual impassioned fashion, MJB poured her heart out on the track, which sounds like it’s about her recent divorce from Kendu Isaacs.

“I was there,” she sings, “when no one wanted to stay with you / You know I deserve all of this / So tell me who’s gonna love you like I do?”

In July, Blige filed for divorce from Isaacs after 12 years of marriage.

“Ms. Blige is saddened to say [that] it is true that she has filed for divorce, saying sometimes things don’t work how we hoped they would,” her rep said in a statement. “But, there is a divine plan and a reason for everything. Mary will continue writing and working on her album, which is due out later this year along with her world tour.”

Expect more anthems from MJB, who has been in the studio with Hit-Boy, DJ Camper, Jazmine Sullivan, and Kanye West, working on the follow-up to 2014’s London Sessions. “It’s incredible. He kills it,” said Mary of her Yeezy collabo.

She also recently interviewed Hillary Clinton for her Apple Music program, “The 411,” and is planning to hit the road with Maxwell soon. Their joint “King and Queen of Hearts Tour” kicks off Oct. 13 in Switzerland and closes Dec. 14 in Chicago.