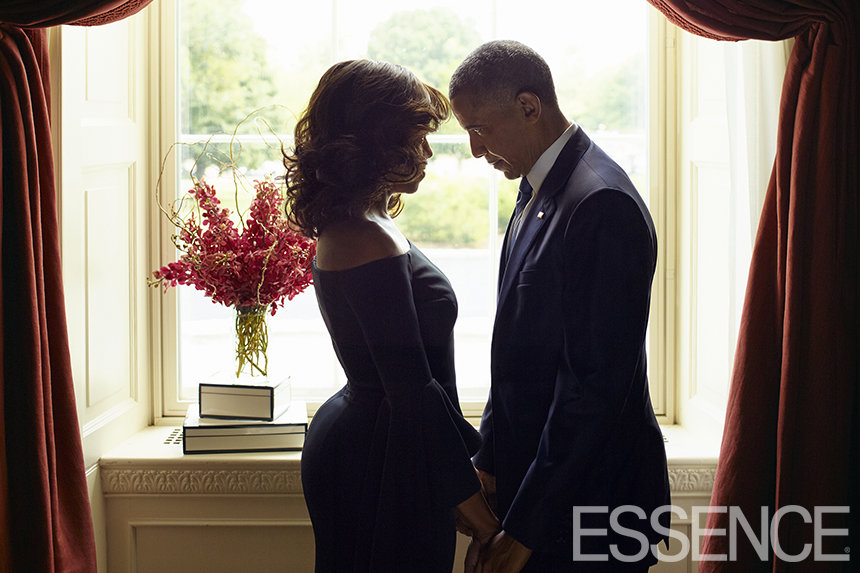 ‘Grace & Power’—that’s the tagline under America’s First Family (Barack Obama and Michelle Obama) on the cover of Essence‘s October issue and there couldn’t have been a better description of the two.

As we wave a somber farewell to the coolest couple in our lifetime to take residence in the White House, Essence has managed a 12-page tribute to the Obamas where they talk about high hopes for the country’s youth, the initiatives they put in place within eight years and their own two children, Sasha and Malia.

“I think when it comes to Black kids, it means something for them to have spent most of their life seeing the family in the White House look like them,” Mrs. Obama said. “It matters. All the future work that Barack talked about, I think over these last few years, we’ve kind of knocked the ceiling of limitation off the roofs of many young kids; imaginations of what’s possible for them. And as a mother, I wouldn’t underestimate how important that is, having that vision that you can really do anything—not because somebody told you, but because you’ve seen and experienced it. I think that will be a lasting impact on our kids.”

Wish we could get four more years. Maybe two?

Peep the cover on the flip. Full story right here.