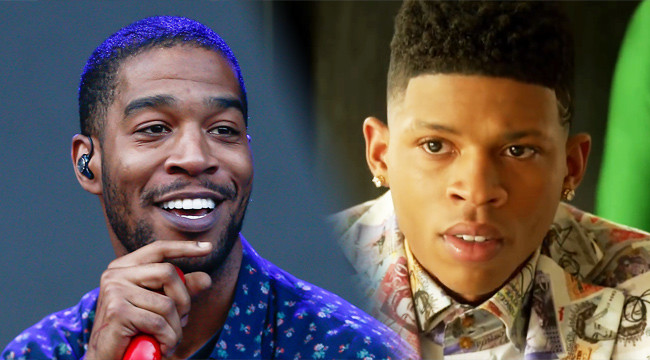 Hakeem Lyon is getting a rival for the third season┬áof Empire. It won’t be in the form of his ego, his lust for the wrong type of woman, or even the writers responsible for┬áhis seemingly schizophrenic characterization. Instead, he’ll be going toe-to-toe with a rapper named Gram, played by Kid Cudi.

According to Entertainment Weekly, Cudi’s Gram is an independent musician — not just a rapper — who rivals the youngest Lyon in both “the studio and life.” What’s more, Gram is dating the gorgeous┬áTiana, the woman Hakeem scorned for… reasons. No doubt this will send him over the edge, what with his wedding being called off and his father being married to the woman carrying his child. If that doesn’t drive you to drink, nothing will.

Cudi is already a staple on the hit IFC show┬áComedy Bang! Bang!, and this is just another feather in the cap of a guy who’s successfully dipping his toe in the cool, crisp waters of Hollywood. He shows up on Brooklyn Nine-Nine every now and then, and had a pretty big role in that Need for Speed movie no one remembers. Now he can say he’s a cast member of hip hop’s version of Dallas.

No word on how large his role will be or how many episodes he’ll be in, but here’s to hoping it’s just enough to be memorable and outlandish. This show not only can’t get enough drama, but practically bathes in it. If we find out through a convoluted plot twist that Gram is actually Hakeem’s father/brother or even Satan himself, I wouldn’t be surprised and would give the show a standing ovation.

Empire, now with more Kid Cudi than ever before, premieres September 21 on FOX.