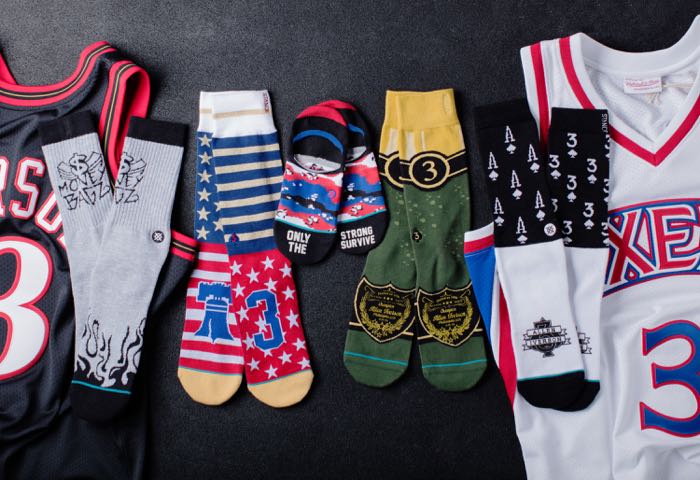 Last year, Allen Iverson signed on with Stance as part of its Punks & Poets team. It’s little over a year later, and AI is dropping his own collection of socks with the brand.

The collection includes five styles, designed with input from the Hall of Fame point guard.

The headlining crew design, “Winning Taste,” is an ode to champagne, which Iverson most notably popped after leading his team to the 2001 NBA Finals. Another basketball-related style is called “Phillie.” This sock, between its American theme, Liberty Bell, No. 3, and golden highlights, reflects on the unforgettable years that Iverson played in Philadelphia.

On a more personal note, “Aces” celebrates Iverson’s talent at games, most notably cards. Meanwhile, “Money Bagz” brings to life a famed tattoo that has lived on Iverson’s left hand for years. Likewise, “Survival,” which comes in a super invisible height per Iverson’s personal style, is inscribed with some of the most iconic ink in all of sports.

Check out detailed images of the socks below and on the flip.